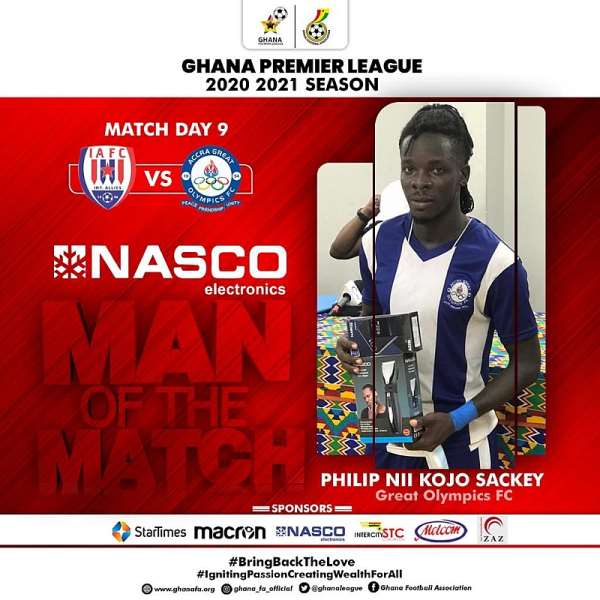 Great Olympics defender, Philip Nii Kojo Sackey has earned the NASCO ‘Man of the Match’ award after putting up an outstanding display to help the team beat Inter Allies 2-0.

The ‘Dade Boys’ were in action at the Accra Sports Stadium today to honour a meeting on matchday nine of the ongoing 2020/2021 Ghana Premier League season.

Playing as a starter in the match, Philip Nii Kojo Sackey displayed top form with his runs up and down the right side of the Great Olympics defense giving the team the urge over the Inter Allies FC team.

Lasting the entire duration of the match, the right-back earned high marks and has as a result been adjudged the NASCO ‘Man of the Match’.

On the matchday, a brace from attacker Maxwell Nii Abbey Quaye proved crucial to give Great Olympics a massive 2-0 win.