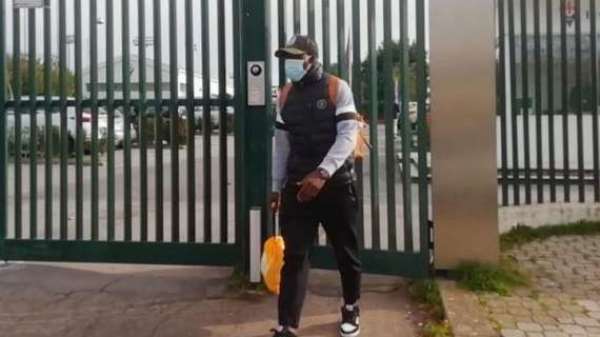 Ghana midfielder, Alfred Duncan has left Fiorentina to complete his loan move to fellow Italian Serie A side Cagliari.

The 27-year-old midfielder will join Cagliari on loan with an option to buy.

Duncan will have his mandatory medicals today and will join his new teammates on Monday.

Cagliari manager, Eusebio Di Francesco wants to reunite with the left-footed midfielder at the Sardegna Arena after spending time together at US Sassuolo in the Italian top-flight.

Cagliari have identified the dynamic middleman as a player who will bring versatility to the club.

Duncan has played 13 matches for the Viola, scoring a goal and adding an assist.

Cagliari will cough €13 million euros to sign the midfielder permanently at the end of the season.

Cagliari Calcio, Hellas Verona, Inter Milan and Genoa C.F.C were also in the running for the signature of the former Inter Milan youth product in this winter transfer window.

Duncan has so far featured in 4 league games for the Stadio Artemio Franchi outfit in this term's Serie A league campaign.

Duncan has capped 9 times by Ghana at the senior national team level, the Black Stars.

'Visit our lands again and we'll visit mayhem on you' — Chi...
51 minutes ago