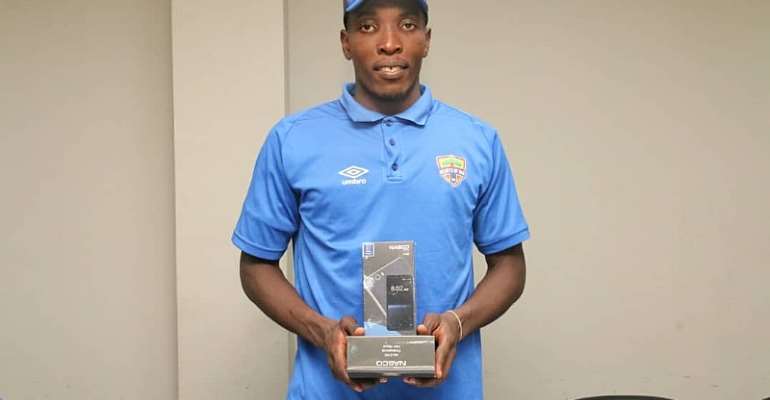 Hearts of Oak midfielder, Benjamin Afutu Kotey has refused to extend his stay at the club.

A source who spoke to Graphic Sports revealed that the player had been embarking on a hide and seek with the club anytime he was invited to put pen to paper for a new deal.

“That lad is playing delay tactics with the club anytime he is asked to sign a new deal,” the source said.

Kotey's supposed lackadaisical attitude towards committing to a new deal is raising suspicion within the corridors of power in Hearts that, perhaps, he is being influenced to move away from the Phobians.

The source said Hearts were very keen on keeping Kotey -- whose contract runs out at the end of next month -- but would not stand in his way should he decide to seek greener pastures outside.

However, Hearts are also working to part ways with the midfielder if he maintains an entrenched position regarding his contract extension.

Kotey, who joined the Phobians from Karela United two seasons ago, has made two appearances this season.