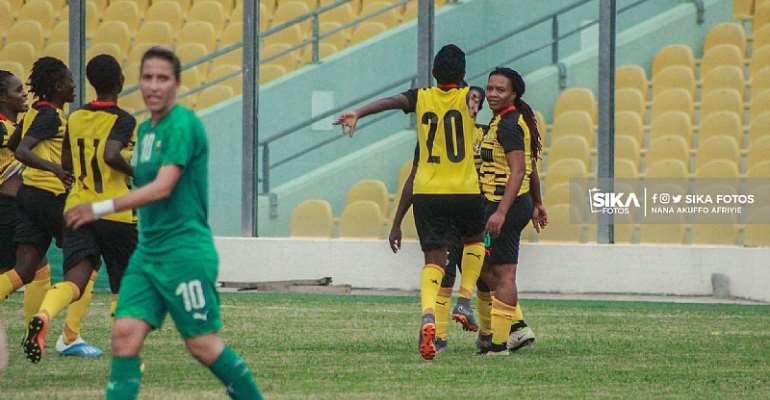 The senior women’s national team of Ghana on Thursday evening climbed from behind to defeat their counterpart of Morocco by three goals to one in an international friendly match at the Accra Sports Stadium.

The two countries are preparing for the qualifiers to the next Africa Women’s Cup of Nations (AWCON) tournament and have decided to test their strengths in a double-header friendly encounter.

In the first tie today, Morocco had a bright start and took the lead through a penalty kick converted by Chebbak Chizlane after just 5 minutes into the first half.

The resilient performance from the Ghana team however turned things around, seeing the Queens score twice before the break.

First Faustina Kyeremeh scored in the 26th minute to restore parity for the Black Queens before a sumptuous free-kick goal from Linda Eshun in added time of the first half gave Ghana a 2-1 lead.

Later in the second half, the Atlas Lionesses of Morocco played with 10 women and suffered greatly for it.

Although the team coped, they were overpowered by the Ghana side that scored again in the 63rd minute through a strike from substitute Georgina Aoyem to seal a pulsating 3-1 win at the end of the 90 minutes.

The second meeting between Ghana and Morocco will be played at the Accra Sports Stadium on Monday, November 30, 2020.