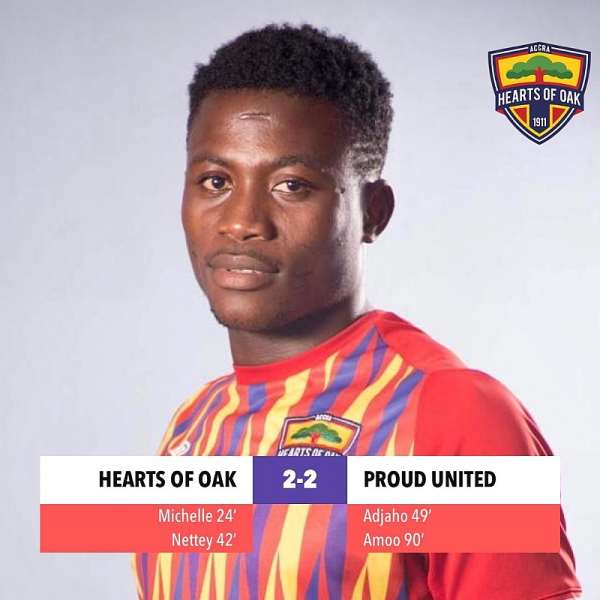 Ghanaian giants, Hearts of Oak have drawn 2-2 against Proud United in a pre-season friendly match staged at the Glow Lamp Academy this afternoon.

The Premier League outfit is keen on enjoying a successful campaign in the 2020/2021 football season and has in the past couple of weeks stepped up its pre-season.

Today, the team was scheduled to play a friendly match against Medeama SC but canceled that game to engage Proud United instead.

In a game that produced 4 goals at the end of the 90 minutes, Hearts of Oak scored twice in the first half courtesy of goals from attacker Michelle Sarpong and midfielder Emmanuel Nettey.

After recess, Proud United came in strong and scored through Adjaho in the 49th minute to halve the deficit.

From there on, the Division One League side defended very well as they chased the game. In the dying minutes of the match, the efforts of the side paid off as they scored again through Amoo to earn a draw.

With today’s match out of the way, Hearts of Oak is expected to return to Accra to hold final preparations for the opening weekend of the Ghana Premier League season.