Serie A: Ronaldo Scores Twice On Return From Covid-19 As Juventus Win At Spezia 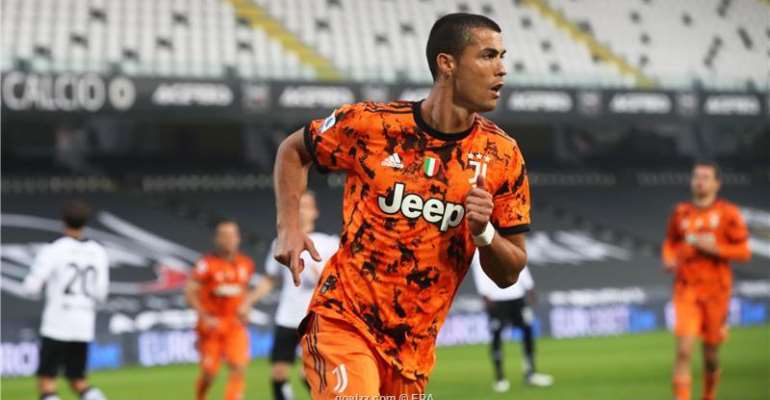 Substitute Cristiano Ronaldo scored twice on his return after two weeks out with Covid-19 as Juventus won at Serie A rookies Spezia.

The 35-year-old, who missed four games, slotted in to make it 2-1 three minutes after coming on in the second half.

His second was a cheeky Panenka penalty after Adrien Rabiot's cool finish had given Juve a two-goal advantage.

Alvaro Morata gave the visitors the lead with a low angled strike before Tommaso Pobega equalised for Spezia.

The Turin club move up to second in the table with 12 points, four behind leaders AC Milan.

Ronaldo, who tested positive on 13 October, expressed his frustration on social media after failing to produce a negative result on the eve of his side's Champions League match against Barcelona on Wednesday.

After finally being cleared to play on Friday, the former Real Madrid forward was named as a substitute by coach Andrea Pirlo, who brought him on in the 56th minute. Three minutes later, Ronaldo scored when he took the ball around goalkeeper Ivan Provedel.

His second, and Juve's fourth, came 14 minutes from time after Federico Chiesa had been fouled in the area.