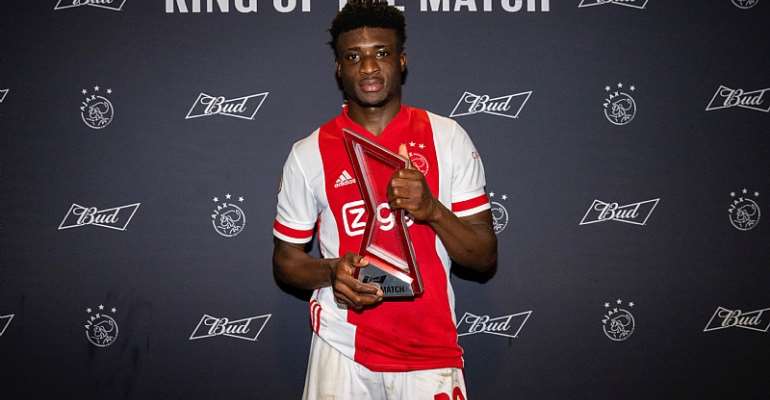 Mohammed Kudus with his MVP award from the SC Heerenveen game. Photo Credit/Ajax

Ajax Amsterdam forward, Mohammed Kudus has been named ‘Man of the Match’ after his outstanding performance in the 5-1 win against SC Heerenveen this afternoon.

The Ghana international was in action today when his team played as a host to their Matchday 5 opponent of the Dutch Eredivisie season at the Johan Cruijff Arena.

The 20-year old dazzled and managed to find the back of the net in the first half while provided 2 assists in the process.

At the end of the 90 minutes which saw Ajax thrashing SC Heerenveen, Mohammed Kudus has been voted as the ‘Man of the Match’.

The award which is called ‘King of the Match’ in the Eredivisie has been confirmed by the Dutch giants in a post on their Twitter page.

Mohammed Kudus in addition to his first goal for his new club also has 3 assists after featuring in 3 matches in the Dutch Eredivisie.

Your independence will be respected – Akufo-Addo assures new...
25 minutes ago

He has the capacity, intellectual strength to succeed – Akuf...
30 minutes ago