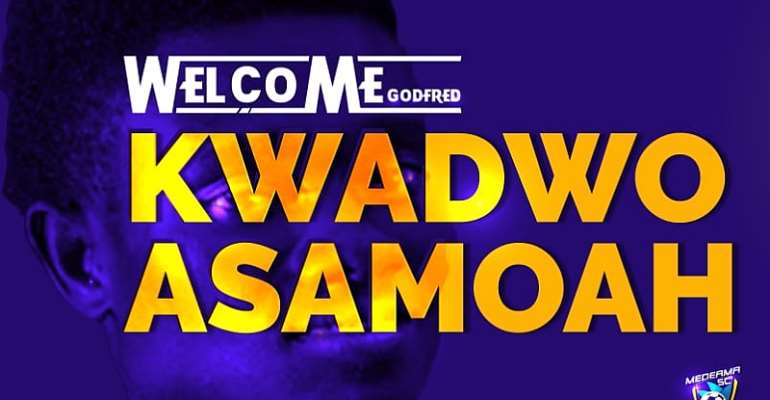 Medeama SC has announced that they have completed the signing of star midfielder Godfred Kwadwo Asamoah.

The Yellow and Mauve club has been twice unlucky in the last 2 seasons of the Ghana Premier League. On both occasions, situations beyond their control have forced the cancelation of the season.

Ahead of the start of the 2020/2021 football season, Medeama SC is determined to give another go and has decided to parade a very strong squad.

Following successful negotiations, the club has managed to secure the services of skilled attacking midfielder Kwadwo Asamoah to bolster their squad.

“Medeama Sporting Club is delighted to announce the signing of midfielder Godfred Kwadwo Asamoah on a free transfer.

“Asamoah, 24, has signed a two-year contract with the Mauve and Yellows ahead of the start of the 2020-21 Ghana Premier League season”, a club statement has said today.

The midfielder last played for Techiman Eleven Wonders where he scored 1 goal and provided 2 assists after featuring in 12 matches in the 2019/2020 Ghana Premier League season.