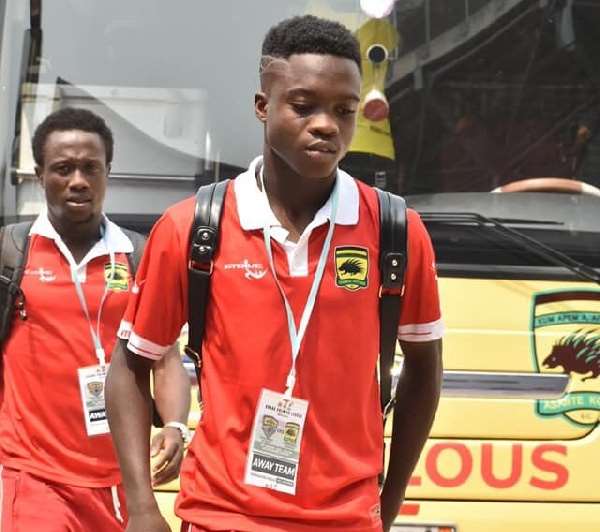 The Ghana legend was heavily linked to the Ghana Premier League giants ahead of the new football season.

The 34-year-old has openly declared his interest to play for the club before he finally hangs his boots.

However, according to media reports, Gyan was demanding a whopping $400,000 before he signs for the club.

The former Sunderland forward has been clubless after leaving Indian Super League side, NorthEast United FC.

With Matthew Anim Cudjoe, the camp of the player were hoping for an improved offer for the youngster after impressing at the club.

According to reports, Kotoko were asked to pay $250,000 before the 16-year-old sign a new deal with the club.

The nimble-footed forward’s contract expired following the nullification of the 2019/20 football season following the outbreak of the novel coronavirus.

Cudjoe was one of the most exciting young talents on the local scene as he featured prominently in Maxwell Konadu’s side.

A fan favorite, Cudjoe have had trials with European giants Bayern Munich.

However, Asante Kotoko have signed new players ahead of the 2020/21 football season and will pitch camp in Koforidua.

The Ghana Premier League will represent the country in the Caf Champions League.