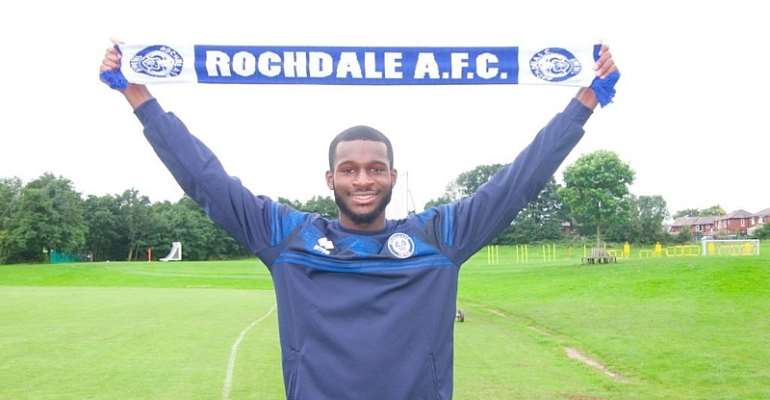 The lower-tier club is hoping for a successful campaign in the 2020/2021 football season and has secured the services of the English-born center-back from the Premier League club to give them a squad boost.

“Rochdale Football Club is delighted to announce the signing of Yeboah Amankwah from Manchester City.

“The 19-year-old defender joins Dale on a season-long loan from the Premier League side.

“The move to the Crown Oil Arena sees him team up with fellow City loanee Gavin Bazunu, as well as his cousin – Kwadwo Baah!”, Rochdale A.F.C. announced in a statement on Monday.

The budding teenage defender has significantly developed in the past year where he played for the Manchester U-18 team. During the campaign in the youth league, he provided 2 assists after making 31 appearances.