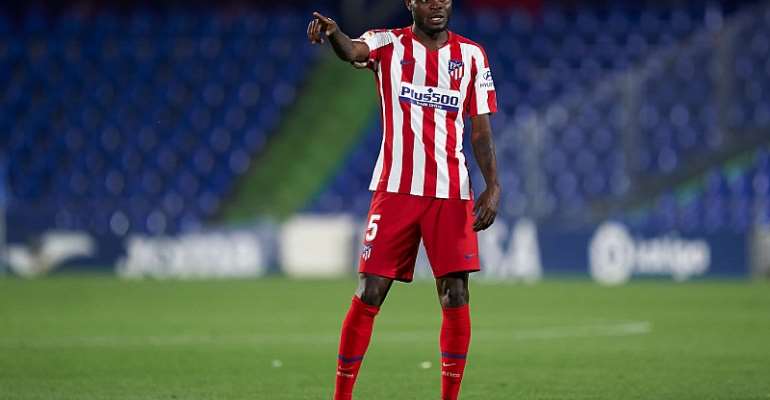 Partey, 27, has been linked to number of clubs with Arsenal leading the race to sign him from the La Liga side.

But, with the Gunners reportedly struggling to raise the €50m needed to pay out Partey’s exit clause, Inter have now joined Manchester United, Bayern Munich and PSG in the race to sign him.

According to a report by Italian outlet Gazzetta dello Sport, Antonio Conte has targeted Partey as a potential option, if Mateo Brozovic leaves the San Siro next month.

Atletico boss Diego Simeone is still working on a practical solution to keep Partey at the Wanda Metropolitano, with the offer of an improved long-term contract and a release clause increase up to €80m.

Partey played a vital in helping Atletico to secure a Champions League spot next season despite a torrid start of the season.