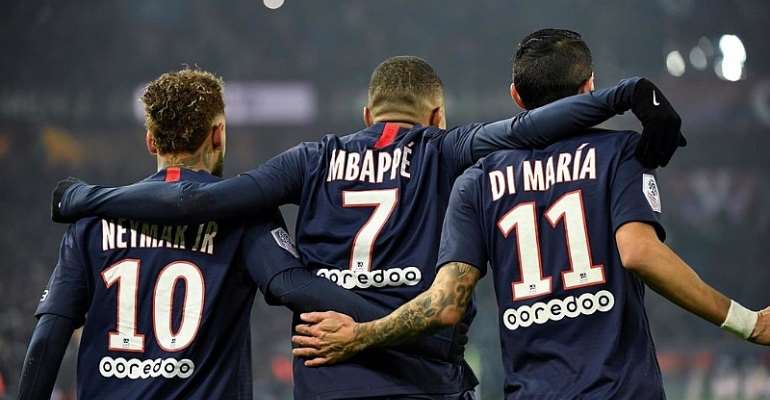 Ahead of their eagerly anticipated first Champions League final, expensively assembled Paris Saint-Germain are at last demonstrating they are one.

“Football goes fast, but it can go quickly in both directions,” said striker Kylian Mbappé.

The intended, as yet unreached, destination of PSG's Qatari owners, QSI, has involved a crash course in travel management.

The Ferraris, Lamborghinis and Maserati's of highly-paid stars such as Mbappé, Zlatan Ibrahimović and Neymar are the individual luxury choices during a decade in which QSI has spent more than one billion euros in hot pursuit of the Champions League trophy.

That this year could eventually be the year of the journey's end will not so much have been as a result of the delicate fine-tuning of several high-end sports cars, but a change to a single, more reliable and trustworthy model.

Possibilities
The Parisians have a chance of upsetting a well-oiled Bayern Munich machine because they are finally a collective; truly working for each other, and their German driver, Thomas Tuchel.

Tangible togetherness in the quarter-finals - as the clock ticked down - led to two goals in three minutes and a spectacular stoppage-time comeback to beat Atalanta 2-1.

That was followed in the last four by a committed, dominant display in the 3-0 deconstruction of RB Leipzig.

Man-of-the-match Neymar epitomised the united nature of the side, providing one of the goals and repeatedly tracking back to help in defence.

New look
Since the Brazilian's Champions League debut in 2013/14, he has contributed more assists than five-time winner, Cristiano Ronaldo. Might it be that the team-orientated, less of 'the star' Neymar is what is required for PSG to go all the way?

In viewing the celebrations of Tuchel's men after victory over Leipzig, one would be forgiven for thinking that 'Old Big Ears' - as the European Cup is nicknamed - was already on its way back to France for the first time since Marseille's 1993 success.

Really, when thinking of the blame game in March 2017 after PSG disastrous 6-1 second leg defeat in the Champions League last-16 in Barcelona and numerous reports of clashes of egos, this organic, passionate camaraderie is precisely what has been lacking at times on football's biggest stage.

The Germans, who have won 20 consecutive games as they pulverised their way to the Bundesliga title, the German Cup and the Champions League final, are clear favourites to win the first and quite probably only ever Champions League 'Finals' on Sunday at Estádio da Luz.

Swabia-born Tuchel, however, knows the Bavarians and their players extremely well.

From Mbappé et al, the football will be fast. It will be quick.

With Paris now pulling as one, too, the direction of travel is the right one, so near to that sought-after destination.

To think, the present driver was three minutes away from an Italian-created sacking.