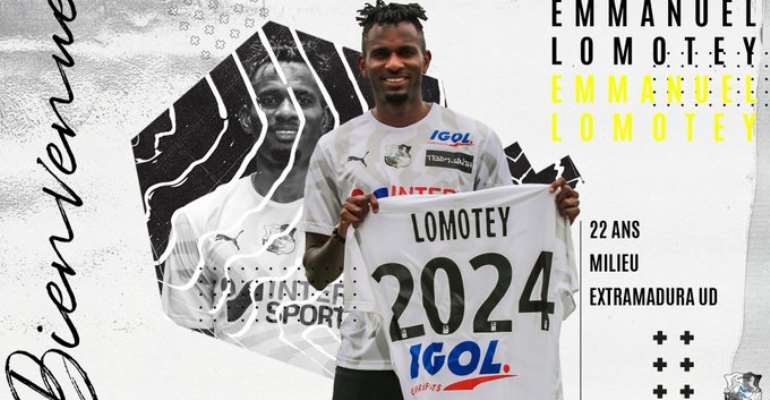 French Ligue 2 side, Amiens SC have sealed the transfer of Ghanaian international Emmanuel Lomotey ahead of the next football season, Modernghana Sports can officially report.

As earlier reported by this portal, the club has been in talks with Spanish second-tier outfit Extremadura in the last few weeks looking to secure the services of the combative midfielder.

Following successful negotiations, Amiens SC has announced today that they have completed the signing of Emmanuel Lomotey on a 4-year contract.

“Amiens SC is very happy to announce the signing of Emmanuel Lomotey!

The 22-year-old Ghanaian U23 defensive and international midfielder is linked with the club until 2024!

“Welcome home Emmanuel!”, an official statement on the Twitter page of the French club has said today.

The Ghanaian is joining the French side after a 2-year stay in Spain. He is a former player of Ghana Premier League side Dreams FC and has also played for the Black Stars B team in the past.