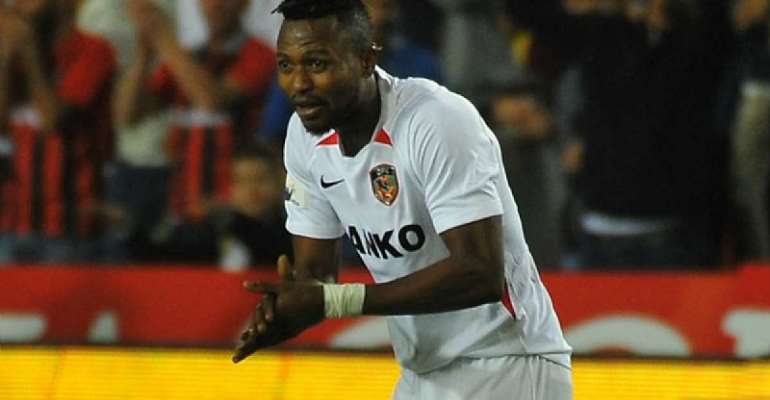 Ghanaian international, Patrick Twumasi has attracted interest from Greek clubs after excelling during his loan spell with Gazişehir Gaziantep in Turkey last season.

The exciting winger joined Deportivo Alaves in 2018 in a transfer from Kazakhstani outfit Astana.

Unfortunately, he has been unable to cement a place in the starting eleven of the Spanish La Liga club. Due to that, Patrick Twumasi was sent out on loan to Gazişehir Gaziantep for a season-long loan spell during the 2019/2020 season.

After performing outstandingly well, the forward has now popped up on the radar of Greek top-flight clubs.

According to reports, 3 of the top clubs are ready to secure the services of the Ghanaian international and are already preparing to make a bid to Deportivo Alaves.

The 26-year-old last season made 26 appearances in the Turkish Super Lig where he scored 6 goals and provide 5 assists.

Those numbers have increased the stocks for Patrick Twumasi on the transfer market with some top clubs in Turkey and Germany also keen on recruiting him this summer.