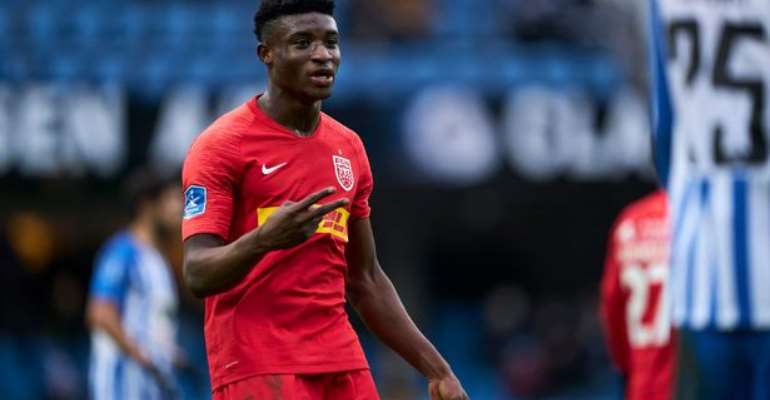 Serie A side, AC Milan have joined the race to sign Ghanaian youngster Mohammed Kudus.

Kudus has already been linked with Newcastle United, Tottenham Hotspur and Everton.

However, Italian newspaper Tuttosport on Sunday (via Calciomercato.com) reports that Milan are favourites to land his signature.

Kudus is reportedly on a contract which is due to expire on June 30, 2021.

The 19-year-old who is also gifted in playing from midfield has scored nine times this season in 21 league games for FC Nordsjælland in Denmark.

According to Calciomercato, the player is holding out for a dream move to European Champions Liverpool.

Kudus has scored once in his only appearance for Ghana's national team.

He started his career in Ghana with Right to Dream before he joined Nordsjælland in 2018.