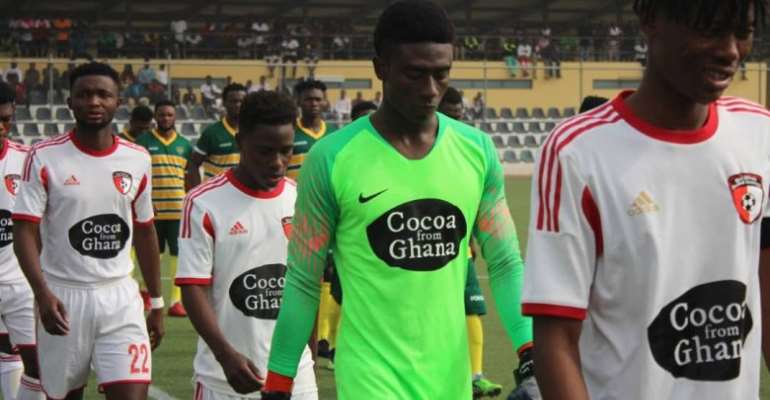 The 23-year-old Ghanaian shot-stopped was sensational for the Sogakope-based club at the beginning of the 2019/2020 football season before the campaign was suspended due to the Coronavirus (Covid-19) disease.

Despite playing in his first season in the Ghana Premier League, his outstanding display for the Academy lads has attracted a lot of interests with many pundits tipping him for greatness.

Speaking to Akonoba FM over the weekend, Sabi Acquah Ferdinand has made a revelation about who he looks up in the craft. According to him, ter Stegen is his role model and he learns a lot from the Barcelona first-choice goalkeeper.

“I look at ter Stegen and how he protects Barcelona at certain times, his reflexes, his kicking, his command, his aerial abilities, I always learn a lot from him”, Acquah Ferdinand shared.

Prior to the suspension of the Ghana Premier League season, the WAFA goalie had made 6 appearances. He conceded 3 goals and kept 4 clean sheets in the process.