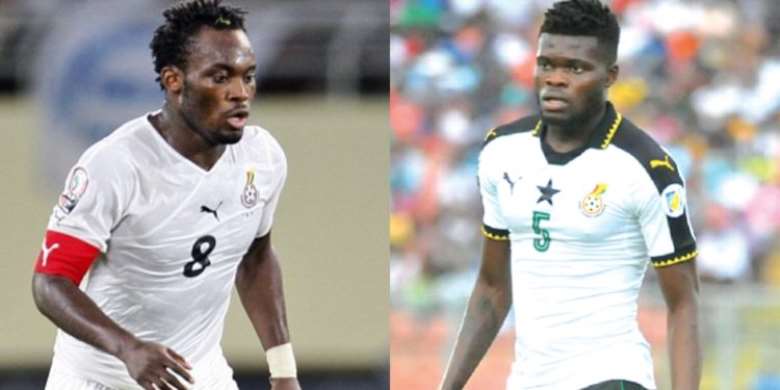 The debate of who the best between Essien and Partey has been on unabated due to the sudden rise of the Atletico Madrid star (Partey) who is currently in high demand.

Partey, who plays for Atletico Madrid is currently the number one transfer target for English side Arsenal.

Manchester United, PSG and Juventus have also reportedly showed interest in the 26-year-old who has so far been capped 27 times for the Ghana National team.

Despite his impressive form for both club and country, Appiah, a celebrated Ghana captain believes he cannot be compared to his former Black Stars teammate (Essien).

The former Real Madrid and AC Milan ace was a kingpin for the national team during his playing days.

"As for me nothing will change my mind. Partey is nowhere near Essien in all departments thus skill set, reading the game, passing or versatility,” he spoke to Joy FM.

“Many yards off the ‘Lyon Essien’,not to talk of the Chelsea Essien.”

Michael Essien has been one of Ghana’s greatest assets in the last two decades due to his exploits at French side Olympique Lyon and English giants Chelsea.