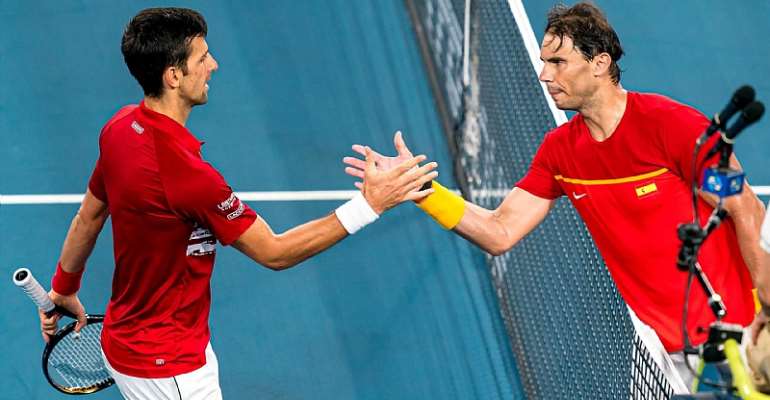 Rafael Nadal believes that every ATP player, including Novak Djokovic, will need to be vaccinated against coronavirus if they are to continue playing at the highest level.

The pandemic has forced a suspension of both the ATP and WTA tours until at least the summer, with Wimbledon cancelled altogether and Roland Garros rescheduled for late September, with all the of the grass and clay seasons lost.

Djokovic received widespread condemnation when he admitted that he was against vaccination and intimated that he would have to consider his future if inoculation was a stipulation for returning to the sport, but Nadal feels he may not have a choice in the matter.

“No one can demand of anyone,” Nadal told La Voz de Galicia.

“Everyone is free. But the truth is if you belong to a circuit, perhaps one has to be governed by the rules that the circuit requires.

"So if the tour obliges [players] to vaccinate to be able to travel to protect everyone, Djokovic will have to be vaccinated if he wants to continue playing tennis at the highest level.

“I mean him, but also everyone... me too. Everyone will have to comply exactly like [it is] now when we have to stay home.

"If the ATP or the ITF forces us to get a vaccine to play tennis, then we will have to get it, just as we have restrictions on not taking too many medications for obvious doping control issues. It is a matter of following the rules.”

There are growing fears that professional tennis may not be played again in 2020 and Tennis Australia CEO Craig Tiley has admitted that even the 2021 Australian Open could be under threat.