The Woman King - Starring Viola Davis, Thuso Mbedu, John Boyega and Jimmy Odukoya Is Out In Cinemas on 16th September 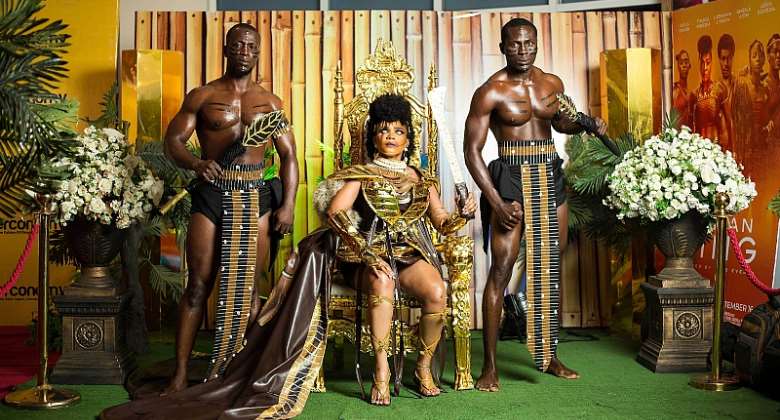 The long-awaited feature film THE WOMAN KING, Set in the 19th century in the African kingdom of Dahomey, follows the all-female group of warriors, the Agojie, who protect the kingdom. The group's general Nanisca trains a new generation of warriors to fight against an enemy who wants to destroy their way of life.

The film left everyone on the edge of their seats and did not disappoint. Everyone who watched had something great to say. The movie release is anchored by West African film company FilmOne Entertainment in partnership with Sony Pictures.

Speaking earlier at the press conference, actor Jimmy Odukoya, He said, “I was very intentional about my character name” He saw the need to influence the name and role to sound the part as a Yoruba man on set. The Woman King is the actor's Hollywood debut where he played the role of Oba Ade.

Filmone Entertainment, the distributors of The Woman King, pride themselves on this, as the movie project gives a deeper insight into African storytelling, rich heritage, spotlighting and encouraging women to do more.

The Woman King will officially be released in cinemas on Friday 16th of September 2022.

To find out more about The Woman King, connect with Filmhouse and partners digitally