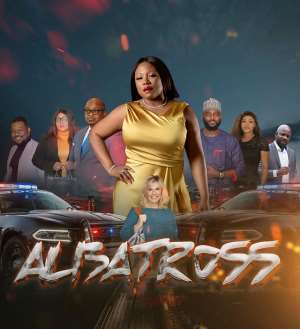 Film maker and actor Bernadette Sanko Kamara has upped the stakes with her debut movie, Albatross. A riveting thriller about a woman fighting for her life and survival in a new land, when her past comes calling.

The movie features a stellar cast of David Vandy, Bernadette Sanko Kamara, Daniel Lloyd, Florence Onuma, Mercy Macjoe, Daniel K Daniel and others. The Screenplay for the film was written by Michael Onuma and directed by Denzel Adeniyi.

Speaking on why people

Should anticipate and watch the movie, Bernadette Sanko Kamara said: "Albatross isn’t your everyday Movie,‘it’s a blow out of the ballsack. The storyline isn’t just brilliant but hits home. We worked incredibly hard and well as a team. The writer and myself over several months of calls and meetings shared stories, life experiences, my own life experiences, and so I was able to understand and empathize properly with the character".

On the cusp of the Movie, she said, "I want people to understand that life isn’t a walk in the park. It’s a fight. Learn to embrace your past, then you would re-emerge stronger. Never surrender the cards life deal you. Stand, Question, and Resist."

The movie is expected to hit cinemas across Nations later in the year and is currently promoted on mainstream news platforms by Aflik, a media distribution agency in Usa.

Akufo-Addo angry, dissatisfied over slow pace of work on Bol...
52 minutes ago