Nollywood not what I expected - Movie Producer, Angel Samuda opens up 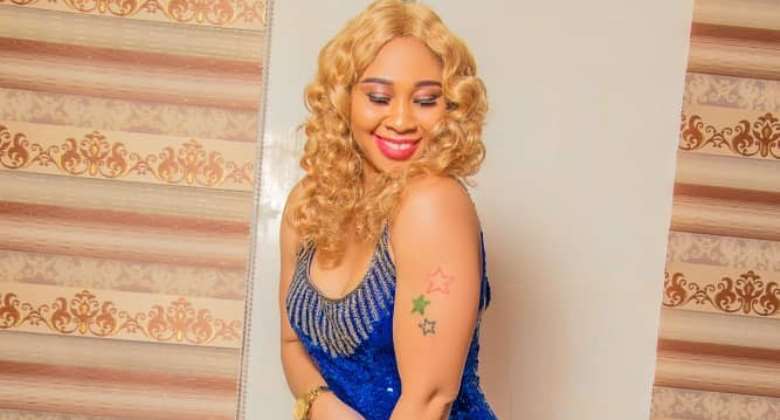 Nollywood actress turned producer, Angel Samuda has said that she saw a lot in Nollywood, adding that the industry is not just what she thought it was.

The actress, who did not provide elaborate explanation to her experience in Nollywood, stated this while talking about her early life and struggles into the Nigerian movie industry.

The producer, also told the story of how her father impacted her life and how the experience of being under his mentorship changed her life, generally.

"My childhood was never fun, though I cherished the parenting my parents gave me because it molded me morally and intellectually to who I am today.

The thespian, on the struggle to navigate the movie industry, said: "My first Movie was a friend's job. During the production I learnt and saw a lot, that the industry is not just what i thought it was.

"The next job I featured in was mine and there I decided to be a producer and an actor".

Angel, who has so far produced over 10 movies added that she plan on setting up a talent academy where she can teach young intending actors and also educate other people on various crafts.

Latest Photo Reports
Catch up with all the political quotes from our politicians.
Advertise here
More from Celebrity Picks
ModernGhana Links
2 Nigerian women. Helping humanity in remarkable ways
Burna Boy, Ebuka Obi-Uchendu, Dr Caise, Dj Lambo, Others Turn Out For Nissi Ogulu's Art Showcase: “puzzled”.
Liya's EP Is Not For Now But You Might like It
TOP STORIES