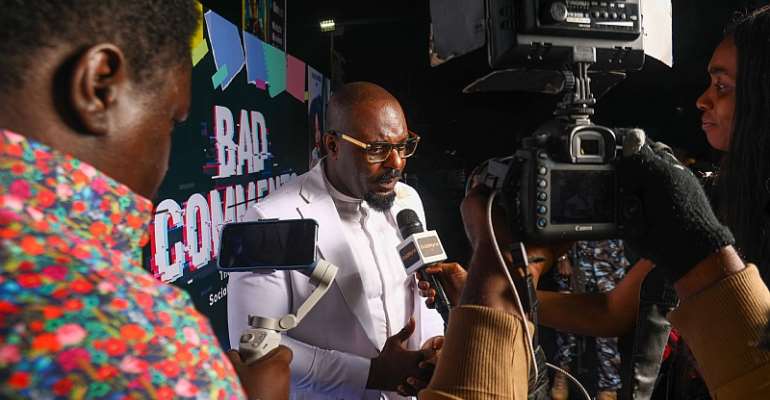 Internet trolling is something many of us have experienced at some point, whether we have been victims or we’ve witnessed people become victims. It is clear that the internet has encouraged an appetite for trolling. Jim Iyke’s latest and debut movie production ‘Bad Comments' is a film that addresses the impact of cyberbullying. Through the star-studded movie, the superstar actor is creating awareness about the dark world of cyberbullying, something he has experienced firsthand.

Bad comments The Movie premiered at the Filmhouse IMAX Cinemas with an elaborate red carpet event on Sunday 22nd August 2021.

Speaking about the movie, Jim Iyke said, “It’s a conversation that I think is lagging behind in our society and we did extensive research before putting out this movie. The social media space isn’t being utilized positively and this is tragic. Social Media is supposed to be a space where people can find their dreams and shortcuts to exhibit what they really are. It’s become cool to project cruelty and hatred online and Bad comments speaks to this, we hope to show some of the perils of social media, we worked hard on a powerful production which has something for everyone."

There were indeed several noteworthy outfits and moments on the red carpet however Jim Iyke’s grand entrance stole the show! The superstar actor came in with a motorcycle escort whilst he sat in a Rolls Royce; Jim Iyke is famous for his show-stopping acts and this is definitely another for the books.

After the movie, attendees of the premiere had a lot of positive reviews to give. Needless to say, Bad Comments is a must-watch!