By Alex Reports Tv
The Buzz 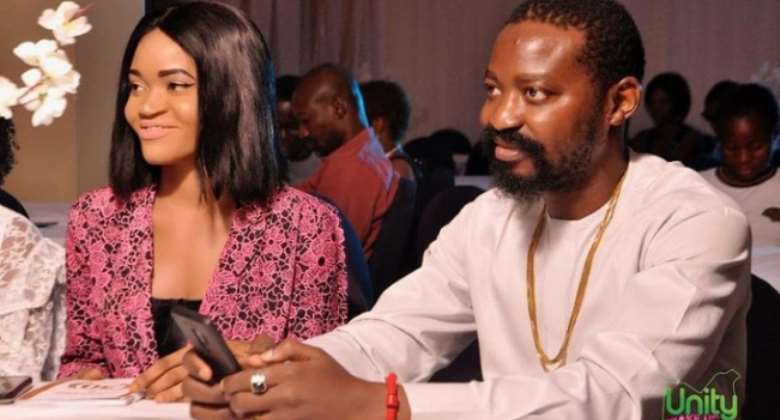 Gossips have continue to filter around the Abuja showbiz industry as renowned Showbiz Enterpreneur and CEO of Face of Democracy Agency, Mr. Fajag Ajagbona may be going up the alter to express his matrimonial vows to his Ex-Beauty Queen, Ms. Ayo Michaelson. The rumours which may also have an iota of truth was confirmed when reactions noted that the duo have been engaged in a quite intimate relationship, especially as they appear at several public functions together.

Popularly referred as Fajag, with records of exceptional excellence, especially in the pageant industry and as the Organizer of a leading beauty Pageant contest in Nigeria, famously known as Face Of Democracy, one would least expect that the Pageant Guru would be going off the bachelor's class soon.

According to reports, the Former Face of Democracy Nigeria Winner, Ayo Michaelson, was initially his Project Manager, but may have been elevated to the position of a fiancee, though remains unconfirmed, because as at the time of this report, none of them have reacted to the ongoing rumour, affirming or disposing the trending gossips on their romantic relationship.

Recall that Mr. Fajag started in Abuja as a top fashion designer and later delved into the modeling and pageantry, a vision he has nurtured for years. He had however used his wealth of experience by playing significant roles in supporting the fashion design brand of Ayo Michaelson design.

However, the duo have supported themselves in several ways, especially through productive partnership for their various projects. According to few Abuja residents, they described Ayo Michaelson and Mr. Fajag as perfect for each other, as they seem to understand themselves.