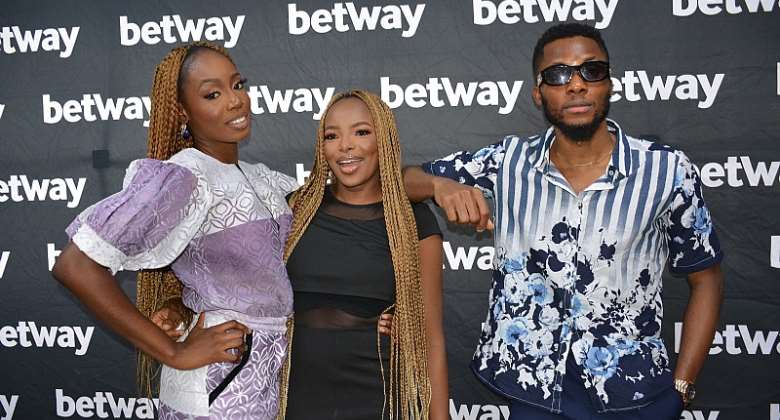 Though the BBNaija audience had already been informed to expect some eviction night twists, even they could not have guessed what Big Brother had in mind. The housemates, who were completely in the dark about Big Brother’s plans, received the shock of their lives during the Sunday night eviction show.

Big Brother threw a triple eviction at the housemates after initially keeping them in suspense, with Ebuka calling each of them to stand up, in the usual eviction style. However, this time, it wasn’t just the bottom four that stood, but all the housemates, and Tolanibaj was the first housemate evicted from the house for the night.

Close on her heels however was Wathoni, who might have been expecting to go home, as she had been in the bottom four a number of times. Perhaps she thought she had been given an extra week when Tolani’s name was called first, that was not to be.

Evicted housemates after they’ve gotten a day or two to settle back into the real world, are ushered by Betway, BBNaija Lockdown headline sponsor, to their first set of media appearances.

Wathoni, who had gotten into a ‘relationship’ with Brighto a week before her eviction from the house, was asked about her seemingly flighty feelings for the men in the Big Brother house. First she was pining for Kiddwaya, when that didn’t pan out, she moved towards Eric, and when he got evicted, she started considering Brighto. She defends herself, “I didn’t go to the house to look for a man. Things just happened.”

She also addressed her feelings for Kidd saying that she was not particularly hurt that Kidd chose Erica, explaining that she was merely attracted to him for a while, and had moved on. About her disagreements with Erica, she said, “What happened with me and Erica is a mixture of so many things. We’ve resolved it now.”

She was asked about the relationship between Ozo and Nengi and had this to say, “I’ve always said Nengi loves attention and Ozo gives her the attention, but Ozo really has feelings for Nengi. I can’t speak for Nengi’s side.”

Regarding her burgeoning affections for Brighto, she explained that she doesn’t know what Brighto wants. But admits that they got really close in the House. She however thinks the relationship might have ended.

When asked why she didn’t push her brand in the house, she clarified that she indeed tried to push her fashion line and her talk show. She says she plans to pay more attention to them now that she is out of the house, leveraging on the platform that BBNaija has given her.

She admits that she is going to miss Trikytee, who she described as a “big brother”, she also thinks that Laycon might win the competition, because the audience is able to relate to his story and what he represents. She however hopes Ozo wins, because “he’s a great guy.”

Betway continues to promote a spirit of competition among the housemates, as well as fans and viewers of the show. Betway will also add to the thrill of the BBNaija experience through a variety of gaming activities, both on the TV show and on Betway platforms – all of which give viewers the chance to play and win.