Ebuka Obi-Uchendu is the people’s counsel on Judging Matters 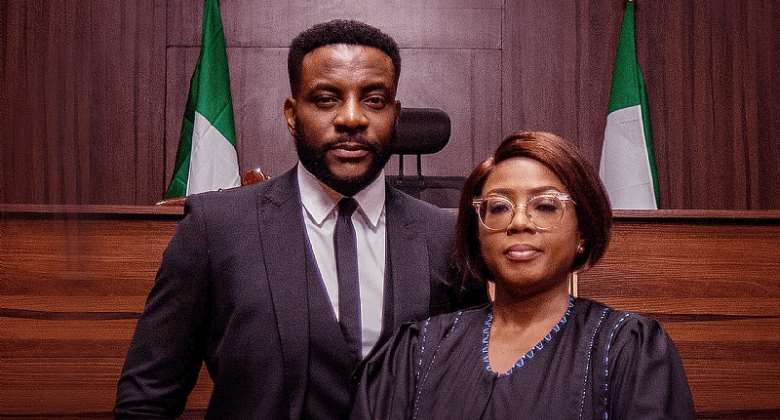 Africa Magic’s Judging Matters , currently streaming on Showmax, is a courtroom reality show addressing small claims and minor cases in Lagos which present a huge challenge for the established courts to deal with.

The show is in partnership with the Lagos State Ministry of Justice and sees real people get justice from minor claims in an arbitration court presided over by retired Lagos State Judge, Justice Olusola Williams, the founder of the Institute of Paralegal Studies. She famously struck out a fraud case instituted by the Economic and Financial Crimes Commission, EFCC, against the Chairman of Innoson Motors, Innocent Chukwuma, due to the inability of the prosecution to produce him in court for arraignment.

Here’s why we consider the show a must-watch.

1. Watch Ebuka Obi-Uchendu as a lawyer
Ebuka Obi-Uchendu first made headlines as a contestant on Big Brother Naija and went on to establish a career as a compere and television host, eventually serving as host of the show that shot him into the limelight. Now, he’s returning to his roots as a lawyer; he’s a law graduate from the University of Abuja and Masters of Law degree holder from the American University Washington College of Law. Ebuka serves as legal counsel on Judging Matters , where he grills the plaintiffs and defendants of cases brought before the courtroom in search of the truth. He also brings out the finer points on the cases before Justice Williams to enable her to make a final but fair decision.

2. Insights into the Lagos state justice system
With correctional custodial centres in Lagos and around the country bursting at the seams, justice seems out of reach for many. According to President Buhari, the inmates’ population at various prisons across the country presently stands at about 74,127, out of which 52,226 are Awaiting Trial Persons (ATPs). Judging Matters aims at solving problems that have not received sufficient attention in court and will educate viewers on the workings of a small claims court.

3. There’s a lesson for everyone
From the horrors of house-hunting to domestic issue disputes, Judging Matters takes on cases that cut across many facets of the Nigerian society. As viewers are exposed to the facts of the case, there are lessons to be learned from the dealings of the plaintiffs and defendants.

4. It’s funny and entertaining
Fans on social media have been quick to point out how funny Judging Matters is. Cases are presented by the plaintiffs and defendants in the characteristic Nigerian dramatic flair, and Ebuka doesn’t miss a beat as he punctuates his line of questioning with pidgin, bringing out the local elements of the show. He also conducts interviews with both parties after each episode where he asks them about their feelings on the judgment delivered.

What is Showmax?
Showmax is a streaming service that gives you access to loads of movies, series and live sport, on-demand, from N1450 per month. Visit www.showmax.com , choose your plan and start watching.

Do you have a Visa or Mastercard from Zenith Bank? Claim your 28-day free trial of Showmax here, plus a 10% discount on your monthly subscription. No commitments. Cancel anytime.

Latest Photo Reports
Catch up with all the political quotes from our politicians.
Advertise here
More from Stream Insights
ModernGhana Links
"I used to think, what if I hit my baby on the wallso I can be done with this" Nigerian women discuss Post Natal depression on #WithChude
Nigerian Idol: 5 things you probably didn’t know about Comfort
‘Lugard’ Featuring, Gabriel Afolayan, Mr Macaroni, Kehinde Joseph Releases Official Movie Poster
TOP STORIES