MOVIE REVIEW: While watching the movie, I resisted the urge tomentally re-structure the plot - Anoke Adaeze 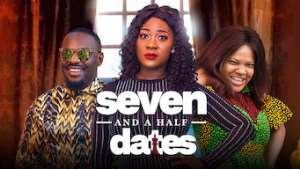 Dialogue sparks no real thrill.
Unimpressive. Easily forgotten.
It’s the kind of movie you forget 5 mins after the last scene.

While I understand what the plot was supposed to be about, why on God’s green earth would a well-placed parent matchmake his child with unsavory characters?

Not once. Ten times!
Having said this, I’d say the plot is unrealistic and painfully predictable.

I totally understand how bad directing can make a mess of a good script.

I’d curl up in a room with no windows and bawl if directiorial incompetence made a mess of my scripts.

Mercy Johnson would not be my choice for the heroine.

Whoever was in charge of her wardrobe did less than an impressive job with it.

She struggled with the successful CEO role. There were times her facial expressions belied her words.

Toyin Abraham’s brand of comedy has a way of brightening grey.

I looked forward to watching this movie...to say it left a flat taste in my mouth would be understating it.

Jim Iyke plays the lover boy role well, but this time, he didn’t put his heart in it.

The title of the movie arouses curiosity, which makes it just right.

The romance wasn’t the type that has you sighing wistfully with a sheepish smile while yearning for love so sweet.

Coming from a romantic, it was boring.
The highlight of the movie for me was the part that portrayed how condemnable pressurizing anyone into a loveless marriage is.

While watching the movie, I resisted the urge to mentally re-structure the plot.

Could the movie have turned out better with better directing?

Yes.
I watched it on Netflix...would I have considered it not worthwhile had I been to the cinema to see it?

We have two yeses.

You're an 'irresponsible' bunch for 'running away' from own ...
11 minutes ago

COVID-19: Omicron not detected in Ghana – GHS
15 minutes ago