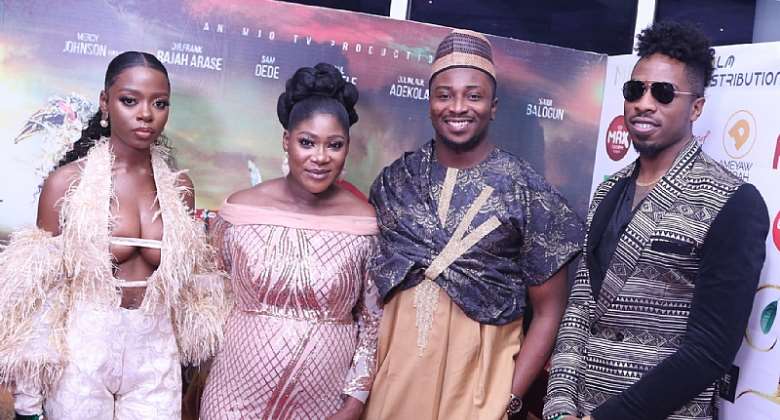 All roads led to Filmhouse IMAX in Lekki on the 19th of January, Lagos for the premiere of Mercy Johnson Okojie’s epic historical drama ‘The Legend of Inikpi’. Themed #EpicInGold, the premiere attracted captains of industry, celebrities, friends, and well-wishers in attendance. Hosted by Yvonne Jegede, the highly awaited film was screened amidst emotions and a standing ovation after the final credits ran.

“I am overwhelmed by the feedback from the premiere, seeing all the laughter, the tears and the applause is the validation we need for our labour of love,” producer and star Mercy Johnson Okojie explained during her emotional speech. “We cannot wait for everyone else to get an opportunity to see our film, we are telling Nigerian stories and making history,” she added emphatically.

With critical buzz surrounding the premiere, the epic flick stars Mercy Johnson Okojie as Queen Omele, Sam Dede as Attah Ayegba (king of Igala kingdom), Paul Obazele as Oba Esigie of the Bini Kingdom while Odunlade Adekola co-stars as Prince Attah Ayegba, Saidi Balogun as the Oracle of Igala kingdom with newcomer Nancy Ameh as the titular Princess Inikpi. ‘The Legend of Inikpi’ was directed by Frank Rajah.

The Legend of Inikpi hits the cinemas across Nigeria and Ghana on the 24th of January 2020.

Ghana’s economic woes has nothing to do with E-Levy; just st...
39 minutes ago