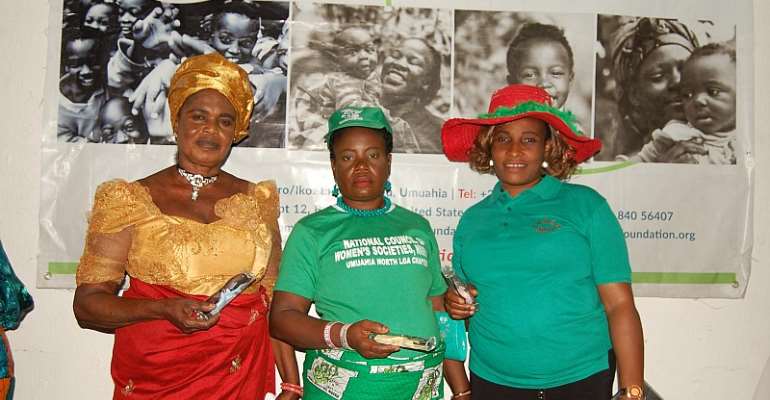 Chinwe Chibuike Foundation, a non-governmental Institution headquartered in United States of America, has collaborated with Office of the Wife of Abia State Governor, to flag-off the "Free Medical Eyecare Service", For Women in Abia State. The exercise was carried out at Umuahia in the state government house few weeks ago.

The campaign initiated by Chinwe Chibuike Foundation is focused on improving eyecare, through consistent intervention aides which may seem too expensive for a few to afford. According to the Founder and President, Queen Chinwe Chibuike, she humbly noted that more intervention exercises will be initiated to shortchange the outbreaks of eye-related illnesses across rural communities in Nigeria.

The campaign witnessed the distribution of eye enhancement tools, drugs and medicated glasses to participants of the eyecare exercise. The program according the Project Director will be continued with more develoment partnership with local and international agencies.

Before now the Foundation has already initiated and commenced several other healthcare projects and campaigns in Abia State. In Umuahia recently, the foundation held a free Malaria Treatment Exercise, where residents across 41local governments were tested, treated and administered relevant medications for their healings.

The Chinwe Chibuike Foundation has fiercely engaged the war against malaria and other life threatening illnesses in Nigeria and across the world. Several beneficiaries of her life-changing projects have appreciated the efforts of Queen Chinwe Chibuike and her foundation, hoping that the continued willingness to impact lives will remain rekindled in her benevolent heart.