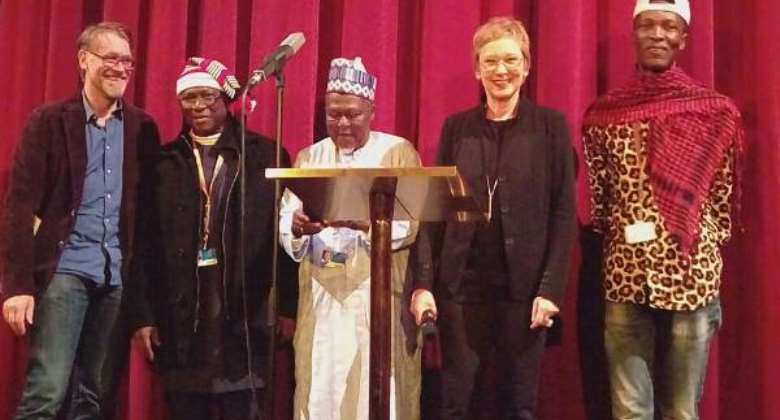 The 2018 edition of the prestious Berlin International Film Festival is holding frFebruary 15 to 25, and the film is selected for both press and industry screening at the festival and has also been slated to entertain quests at the grand finale of the festival on Feb 25.

Mr Astone Danjuma,an official of the Nigerian Film Corporation (NFC) who is part of the Nigeria delegation to Berlin, said the film received ethusiastic applauds on its first screening day.

According to him, over 350 stakeholders, including actors and filmmakers from across Europe and other parts of the world, representatives of the German Government from the Federal Ministry of Foreign Affairs of Germany,as well as industry watchers gathered to premiere this legendary Nollywood film.

He said the premiere was followed by a 'Nigerian Day Happy Hour', a reception put together for Nigerian delegates by the Nigerian Ambassador to Germany, Hon. Yusuf Tuggar.

Danjuma said dignitaries at the event include Dr Chidia Maduekwe,Managing Director of the Nigerian Film Coporation (NFC) who led the Nigeria team to Germany,Alh Umaru Dembo,who is the lead character in the film, Prof. Christy Best, Rector of the National Film Institute and Mrs Akudo Nwosu, Director of Entertainment and Creativity at the Federal Ministry of Information and Orientation.

He said Alh. Adedayo Thomas, Executive Secretary of the National Film and Video Censors Board (NFVCB) and other stakeholders from Africa were also present.

Shehu Umar is a story of African slavery written in 1966, but was published in 1971,and thereafter adapted for a film in 1976 by Adamu Halilu, the pioneer Managing Director of the Nigerian Film Corporation.

The German Government sought to restore and digitised the film in line with modern technological advancement, using the expertise of the Arsenal Institute of Film and Video Archives Berlin, Germany.