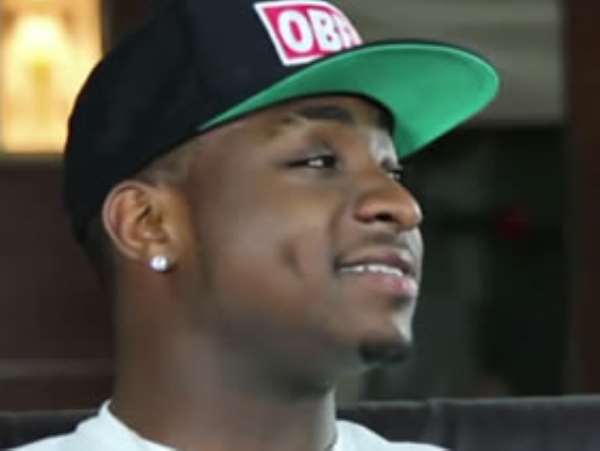 Arguably the present best African artiste, Davido, has covered the latest edition of celebrity journal, Bubbles Magazine. The magazine X-rayed the life and act of the 'Omo Baba Olowo' crooner in its latest issue.

According to a statement made available to NIgeriafilms.com, Davido's love for hardwork has made him to always release hit singles, which have been largely successful.

“His knack for banging out unforgettable tunes sets him apart from the hordes of others,” the statement noted.

The publication said Davido has taken his music career to a higher level because of his “ability to command the attention of listening audiences from your neighbourhood to New York, from Lagos to Las Vegas and from Abuja to Abu Dhabi,” which they say has made him a “near-legend.”

“With his impish inclination for the limelight through his off-stage antics and controversies, there simply isn't any bigger showman than Davido right now,” the journal observed.

“One is a shot of him while commanding the stage at a London concert. The photograph was taken by UK based photographer Michael Tubes. The other is a shot of Davido at the video shoot for his and D'Prince's track Gentleman. That was taken by Tobbie of TCD Photography,” the statement added.

Inside Politics: Political Quotes
Catch up with all the political quotes from our politicians.
Sponsored
More Nollywood Q&A
Modern Ghana Links
Tiwa Savage Gets Attention Of Another Woman's Husband
There is Nothing Wrong Having Celebs as Politicians………Bob Manuel Udokwu
“I Am Begging Nigerian Girls To Leave My Girlfriend Alone”---Mikel Obi
MISTRESS TEARS MOVIE DIRECTOR’S HOME APART
Intimate life of Nollywood actress, Chioma Toplis
Are We Entertainers Socially Irresponsible - Etcetera
What's Wrong With This Picture?
Odunlade Adekola vs. Femi Adebayo: Who’s better?
Can You Spot What's Wrong With These Picture ...?
Election Reports Quotes Dossiers
TOP STORIES