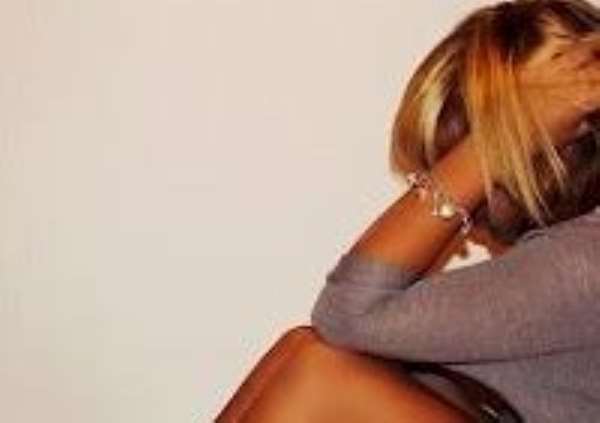 Another scandal is currently raging in Nollywood. And this time, it involves an elderly movie director who cannot put his two legs in one place. From the South South and on the fair side, this man who has the 5th alphabet beginning his first name can sleep with anything in skirt.

The latest one that has set his home on fire is an office romance with one of his staffers. The lady in question has alphabet D beginning her name.

A big time schemer, she came in as an office assistant, but is currently in charge of the director's life and office. YES INTERNATIONAL! even gathered that not even the man's official wife can't contain her. Reason being that she's become so powerful that she now determines whether the man goes home or not; who to see him or not; businesses he should get involved in or not.

The whole thing is now so inexplicable that talks of using black power on the man is now all over the industry. Even the lady's friend who used to be an item with the man has also been uprooted, leaving this new Delilah in total control.

As a last resort, the director's wife and concerned family members have begun praying daily for his freedom from the firm grip and obviously remote-controlled influence of the lady.
-YES International!

Inside Politics: Political Quotes
Catch up with all the political quotes from our politicians.
Sponsored
More Nollywood Q&A
Modern Ghana Links
Tiwa Savage Gets Attention Of Another Woman's Husband
There is Nothing Wrong Having Celebs as Politicians………Bob Manuel Udokwu
Bubbles Magazine Describes Davido As ‘Near Legend’
“I Am Begging Nigerian Girls To Leave My Girlfriend Alone”---Mikel Obi
Intimate life of Nollywood actress, Chioma Toplis
Are We Entertainers Socially Irresponsible - Etcetera
What's Wrong With This Picture?
Odunlade Adekola vs. Femi Adebayo: Who’s better?
Can You Spot What's Wrong With These Picture ...?
Election Reports Quotes Dossiers
TOP STORIES