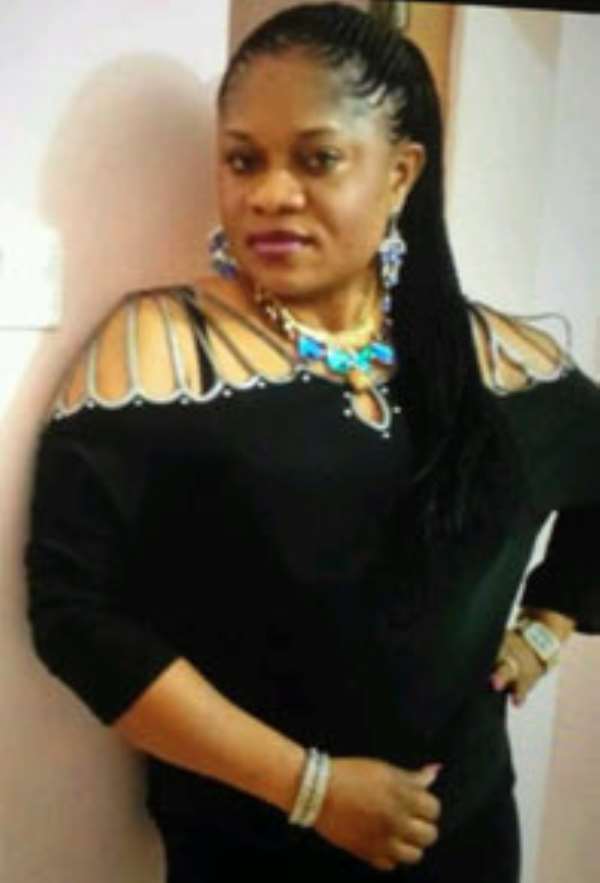 The Lagos State Police Command, yesterday, disclosed that it was close to apprehending the 33-year-old man who allegedly strangled his lover, a 39-year-old mother of four in her apartment at Green Estate, Amuwo Odofin area of Lagos, two weeks ago.

killedThis is just as it has identified the fleeing suspect as one Kelechi Williams.

All was reportedly going on well for Williams and his international business woman lover and Chief Executive Officer /Managing Director of Edmark International, identified as Njideka Lizzy Nzewe, until July 19, 2014.

According to reports, the late Njideka who was to travel to the United States of America on July 24, 2014, with her kids, had gone to the bank in the company of Williams to withdraw N4 million.

However, at about 2.30 am, Williams allegedly tied her hands, strangled her and thereafter, made away with over N8 million, her phones and her Range Rover SUV.

Police sources told Vanguard that the twine used to strangle the mother of four was found on her neck when they arrived.

Police sources further hinted that homicide detectives at Area 'E' Command, Festac Town, were closing in on the suspect.

“During investigation, we discovered that Williams have several other names. He fled to Ghana immediately he committed the act.

“Detectives embarked on forensic auditing investigation of his social media networks and with the assistance of INTERPOL, they have been able to locate his hideout,” Police sources said.

Preliminary investigations. as gathered, showed that Williams was one of the deceased's staff. They were said to have been going out for some years, in the process of which he proposed marriage to Lizzy.

But she reportedly turned down the proposal on the ground of age difference.

Police sources explained: “During investigation, it was discovered that when the deceased business expanded, she employed Williams to manage the Ghana and West Coast branch of her company. Each time he comes to Nigeria, he exports goods to Ghana and circulate same to West Coast. During such visits, he stayed with Lizzy at her private apartment. That could be the reason why it was easy for him to snuff life out of her.

“On the day he killed Lizzy, he drove to the gate and told the unsuspecting guard that he was going to cash money from the ATM.”

Police sources further disclosed that during investigation, the fleeing suspect was discovered to be on the wanted list of policemen in Angola and South Africa, over undisclosed offences.

Contacted, spokesperson for the Lagos State Police Command, Ngozi Braide, explained that the deceased was a single mother.

She said: “He strangled the woman with a rope inside her apartment. He locked up the place, packed her money, phones, international passports and about N8 million, which she intended to leave for him to run the business while she would be away.

“Lizzy's brother, who was supposed to meet her so that they could move her things to her new home in Satelite Town, came over. But after several calls without response, the man became worried when he noticed that everywhere was locked.

“He, therefore, alerted the police at Festac Police Station, which prompted policemen to force the door to the woman's apartment open and met her lifeless body on the floor. Investigation is on-going . We will get him.”
Culled from Vanguard

Why I'm Moved To Shoot Movie About Niger-Delta--Omotola