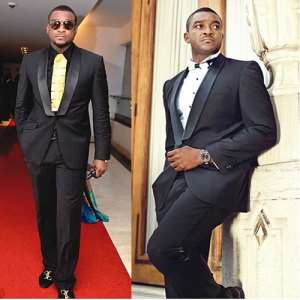 Nollywood actor Chidi Mokeme has expressed his sadness towards how growing up was like for him due to the kind of discipline he got from his family.

According to the actor, he stated that he began his career as a model but was not able to satisfy some of his certain needs as at then and as such, had to think of another means of survival.

Chidi noted that there was no money in acting as at the time it came on board and modeling was better off. Adding that as a model, you already see yourself as an actor because every time you go out to model one product or the other, you have to take on a character.

The actor pointed that it was war between him and his parents to come to terms with his chosen profession. He said that it had to take the intervention of some family friends before they got to appreciate his efforts.

He added that the father had to always lock the television and go out with key so that none of them would have access to the TV and only leaves with the memory of some clips he might have watched and aspire to be there someday.

Chidi disclosed that his family were more interested in education and had to keep a close watch on him, but they never knew what he was up to. “So, now that am doing well, I have forgiven them.”