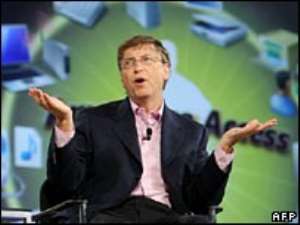 We have always lived at the mercy of the microbial world. The luxury of hindsight can afford us the conclusion that the lethal damage it had in the past, for example, the Justinian plague, the Black Death and the Spanish flu were due to ignorance. The victims and the authorities lacked knowledge of the disease. Besides, how they started and got transmitted was a mystery to them. Currently, pathology either identify them as virus or bacteria.

When you plough through some of the contemporary literature it’s incredible how they rationalise the nature and causes of the pandemics. Ignorance is what supressed human population growth until the 20th century when biological sciences, in concert with technology, opened the sluice gates. About three centuries ago half of children born in London never saw their fifth birthday because of infant diseases. And this accounted for some of the reasons why population growth was stifled.

I918 was the last serious pandemic that took out the lives of tens of millions. By 1956 when the Asian Flu started, WHO was tweaking its operational structures. Since then, the world has been spared of any serious outbreaks until the mid-80s AIDS, which had severe toll on people with compromised immune systems. The 2002 SARS outbreak was when WHO found its feet. A battery of measures had been deployed to deal with pandemics and it kicked in during the 2002 SARS outbreak. By 2009 the system had been perfected and H1N1, 2012 MERS and 2014 Ebola were brought under control in a short order.

The viruses of the past have not disappeared, it’s been contained by good sanitation, better diet and good healthcare – the fundamental to all of these is knowledge. We are still bombarded by countless bacteria and viruses everyday, but our immune system, forever on a war path, protect and keeps us safe. Cholera outbreaks are still common in places with poor sanitation. On the other hand, hardly do we hear similar problems in the West.

So, the current Wuhan virus global pandemic shouldn’t have happened based on the structures the international community has put in place. WHO is a de facto insurance policy for the 194 member states against communicable diseases. Member states and various organisations and philanthropists don’t contribute for the sheer beauty of it. Due to the interconnected nature of the globe it is an extremely very important organ of the UN. In other words, they are like an immune system that swings into combat mode whenever a pathogenic insurgency occurs anywhere around the globe. The question is why did WHO not fight?

Was the world’s immunes system compromised by Chinese Communist Party? They claimed they were told by the Chinese that the Wuhan virus was not human to human transferable. Any smart investigator will query whether they ascertained its veracity before communicating that false information to the rest of the world, which they didn’t. While the information was given to them on their blind side, they should have added a caveat to what they passed on to the rest of the world.

Now, talking about the immune system, what constantly churns in my mind is why some people get the virus and others don’t? Therefore, it stands to reason that some people have better immune system than others. Does the AIDS pandemic come to mind? The disease was such that it was not the AIDS per say that kills the victims, but the disease compromises the immune system to the extent that even less virulent pathogens can draw the curtain. In essence, my argument is that the immune system is what everyone who is concerned about world health should be concentrating their effort and not poisonous pharmaceutical drugs. The new vaccines they are promoting contains some compounds which are very damaging to some people. And what makes me suspicious of the narratives being advanced is that liability of the drug companies regarding vaccines has been shifted to the American federal government, which literally indemnity the vaccine companies if they should damage public health. This nonsense that has become the order of the day is exactly what Adam Smith wrote against in his Wealth of Nations. So, why is the Gates foundation pushing vaccination throughout the whole world.

With that in mind, you then begin to question whether the Wuhan virus, which most likely came out of the Wuhan Institute of Virology Lab, was just a perfect storm, or it has something to do with the $3.7 million grant that Dr Fauci signed off to the Lab in direct contravention to US moratorium on the sort of experiments going on that Lab. Fauci is on the board of the Gates Foundation. A foundation that is aggressively pushing for worldwide vaccination – a definite serious conflict of interest.

In January, 2017, he gave a talk in which he predicted that there will be a pandemic during the Trump administration. An incredible statement that only a handful of voices have questioned. The last serious pandemic was in 1918. The next one with manageable magnitude was 1956 followed by the AIDS in the 80s. It is absolutely impossible to predict a pandemic unless that person knows something the rest of the world don’t. When you connect the dots does that sound like a coincidence?

The most scurry part is Gates, who is the High Priest of vaccination, in an interview analysing the downside of vaccinating the whole 7.7 billion people on earth, was comfortable with losing 770,000 citizens of the world to achieve this ludicrous unscientific dream. During the 2009 pandemic, conservative estimates puts the mortality between 151,700 – 575,400. I am confident that by the time the world closes this Wuhan virus chapter, the casualty will not exceed 500,000.

However, the stupidity of the vaccine route is you have to vaccinate every year with one in ten thousand casualties according to Gates himself. On the other hand, they will argue about not shutting down the economy. And this is where the silliness of the Chinese Communist Party comes in. I will repeat here again that what happened in Wuhan should never have happened. If WHO was doing the job that we paid for, the Wuhan virus would not have spread to all the four corners of the globe. Currently, even in the African hinterlands, people own mobile phones.

Therefore, it’s impossible not to detect the start of a pandemic, which when adequately dealt with can easily be nipped in the bud before it goes global. The whole world does not need vaccination if we eat healthily. What Fauci and Gates together with his pharmaceutical companies are planning is heinous and evil. There is nothing in it for humanity, but to serve the evil intentions of Gates and add to his billions.

Perennial floods: Water won’t ask if you are NPP, NDC when i...
30 minutes ago

Reflect on issues, put yourself in the shoes of absentee MPs...
30 minutes ago