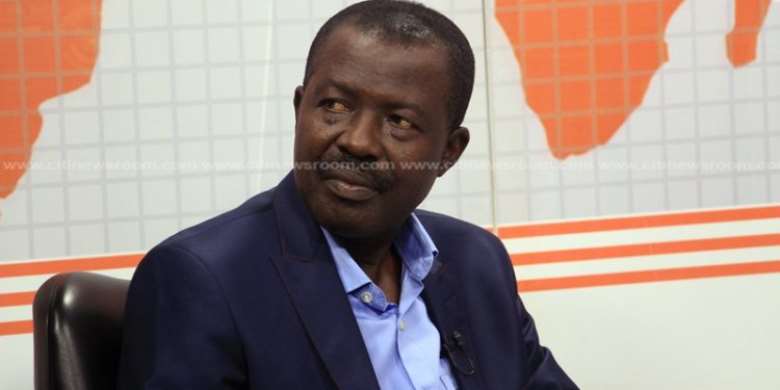 The first part of this article discussed the measures put in place to contain and manage the novel coronavirus (COVID-19) in the country and how misinformation may adversely affect the fight.

The concept of misinformation, how it is sustained and believed even in the face of facts are also discussed.

This second part takes a look at how ignorance, beliefs/superstition, and falsehood/fabrication may negatively affect the efforts to contain and manage the COOVID-19. Other issues discussed are the way forward around these challenges.

Closely related to misinformation is the issue of ignorance – lack of requisite knowledge, information, understanding, and appreciation of relevant issues. In Ghana, this seems to be more prevalent and fueled by a high level of illiteracy, some of our traditional and religious beliefs as well as superstition.

Ignorance arising from the generally low level of probing, illiteracy, unwillingness to seek relevant information (probably as a result of satisfaction with anecdotal evidence) seems to have made a good number of us comfortable with anything that comes our way. On the specific case of COVID-19 even though the relevant information has been made available via several media to the public, a cross-section of the population does not seem to be bothered and go around life as if to say that 'nothing will, has or will change or make a difference so leave us alone'.

Besides the above, it is very difficult to fathom why in the face of relevant and adequate information, it seems very difficult for some persons to behave appropriately in their own interest and for the larger good. Put differently, when ignorance clouds judgment, it is easy to act in ways that are difficult to explain.

The level of ignorance seems to have been strengthened by some of our religious, traditional and cultural belief systems as well as superstition. Superstition, for example, attributes apparent strange and unexplained happenings and occurrence to mystical powers, external conspiracies, and external forces. We seem to believe that whatever is currently incomprehensible, unexplainable, incurable, strange, and weird is the work of the devil and to be more precise witchcraft – juju, bayie, ayen, aye, maita, adze, etc. From where I sit, I perceive superstitious beliefs coupled with ignorance as largely one of the reasons why some Christians, in particular, tend to believe almost everything they are told by their Pastors. Some Pastors have strategically made it a habit of inducing morbid fear in their church members and have in turn packaged hope in the form of counselling and prayers as well as the selling of anointing oil, Florida water, and several others as a remedy to the insecurity they have deliberately created to profit from. Implications

Put together the above issues feed into and sustain misinformation and ignorance especially in Ghana. In the long run, the combined effects of the tripartite discussed above make the fight against COVID-19 very difficult. Thus, misinformation, ignorance, and certain beliefs have the tendency to downgrade/play and repel facts and figures (science, empirical data/information) and in the process, prevent right attitudes and actions from becoming the order of the day. Rather, those attitudes and behaviours emanating from the tripartite (misinformation, ignorance, and weird beliefs) and which are counter-productive to the fight to against the pandemic become dominant and take centre stage and accordingly, reduce the impact of the efforts and resources expended in containment and management of the disease. In instances where these attitudes are not predominant within the while society, they still manifest themselves in suburbs where they are dominant hence such areas tend to experience high levels of incidents, conditions or situations they run counter to or fight against. It may interest you to find out where cholera cases tend to be more prevalent in the country and elsewhere and relate it with the tripartite discussed above when population density is isolated. What then can be done?

The first major step is the need to understand and appreciate the underlying factors and other reasons for misinformation, ignorance, and some of the obviously 'weird' beliefs and attitudes. These include a clear understanding of the evolution of the three issues and the factors (culture, socio-economic, political, personal experiences, etc.,) sustaining them which in turn might have led to their current levels in the midst of an increase in empirical-based knowledge and communication technology, in general. Based on the understanding of the relevant underlying factors as discussed above, counter and factual information backed with practical everyday illustrations and examples should be made available and sustained over a reasonable period of time. Such pieces of information must be presented via radio and television, social media, the use of information vans, in a form of a play/theatre for development as well as the use of the gongon, especially in rural and peri-urban communities to convey the relevant information to the citizens. Education, sensitization, and sanctions

To cater for the different levels of education and fluency in the various languages, the messages must be translated into the major Ghanaian languages. In the various communities and the market centres, recognized/identified leaders and groups (such as the Chiefs and Queen mother, Metropolitan/Municipal/District Chief Executives, Assemblymen and women, Unit committee members, area/community leaders, market leaders/Queen/Kings, etc.,), must all be involved to engage and deliver the message to their constituents. Such a message should be simple and straight to the point and emphasize benefits to be accrued to the individuals in the community. The science and rationale behind each recommendation should be explained and any issue which borders on ethnic, religious, and other sensitivities must be tackled with extreme caution. Fear, anxiety, suspicion, and any other issues that have the potential to affect the expected outcome must be handled professionally. In all these, partisan and other sectional interests must be expunged to give it a national outlook and to enable the people and the communities to own the processes and the outcome.

In changing attitudes, it is usually assumed that the target population is ignorant about the facts, has no knowledge of the issue hence nothing should be assumed and taken for granted. All relevant information must be made available as succinctly and as simply as possible. Taking cognizance of human nature and the possibility that some people may not comply, it is always important to emphasize the need for compliance and prescribe sanctions for those who show defiance. The deviants among us who do not comply with the prescribed protocols must be sanctioned especially in the case of COVID-19, which affects not just the individual but the family, community, and beyond. The boat analogy

COVID-19 is like the journey of three men who were travelling on the sea during a very dark night on a typical traditional boat that has no motor to propel it, no light to guide them and there is also a little hole beneath the boat so water constantly enters it. To ensure the safety of all, each one has a personal and collective responsibility as follows: Mr. A is constantly scoping the water out of the boat to prevent it from sinking; Mr B is holding the lantern well position to guide the way while Mr C paddles and steers the boat off danger and ultimately to their destination safely. If any of them does not play his role effectively or does it haphazardly and there is a problem, they will all suffer. In effect, and by analogy, those who do not respect the recommended safety protocols like social and physical distancing, washing their hands, using hand sanitizers, and wearing face masks in public places must be whipped inline else they will put many persons if not all of us in danger. Insubordination of any form should not be entertained for a second for we are in the same boat together.

Though there are challenges and more room for improvement, the country seems to have put in enough measures in her efforts to contain and manage COVID-19. Three major issues of concern are misinformation, apparent ignorance and some beliefs which have combined and translated into negative attitudes and behaviours making the fight against the pandemic difficult. The major factors underlying these issues have been discussed and the way forward has also been suggested. We must win this fight. It will also be very useful for the MoH to provide a weekly or bi-weekly (as well as cumulative) numbers of test conducted and the percentage that is negative/positive to give us an idea of whether per subsequent test/week the rate of positive is rising, remind the same, has peaked or is even declining.