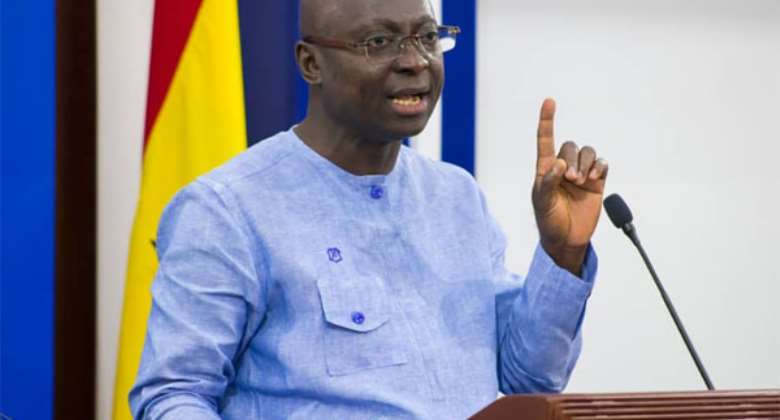 The Minister for Works and Housing, Samuel Atta Akyea, has urged citizens to voluntarily desilt drains in their communities and towns to prevent flooding during the rainy season.

Speaking at a press briefing held on Tuesday by the Information Ministry Mr. Atta Akyea urged Ghanaians “to voluntarily embark on the desilting of choked drains in their own neighbourhoods to permit the free flow of sewage.”

“Let us wear our face masks, do social distancing, and voluntarily desilt our choked drains. It is in our best interests to do so,” he added.

Mr. Atta Akyea said his ministry is collaborating with the Water and Sanitation and Local Government and Rural Development ministries as well as Municipal, Metropolitan and District Chief Executives and other authorities in the various localities to supervise this exercise.

Already, the country has begun experiencing downpours which have resulted in flooding some parts of the country.

Quoting an April 22 letter he wrote to the Water and Sanitation and Local Government and Rural Development ministries, he said: “My genuine concern is that the nation should not suffer double agony with severe flooding affecting lives, livelihood and property during the rainy season against the backdrop of the forecast of rainfall patterns across the nation well beyond normal by the Ghana Meteorological Agency.”

“It is imperative that we bring this to the attention of all stakeholders like Municipal, Metropolitan and District Chief Executives, traditional authorities, civil society organizations and the security services to ensure that we embark upon a voluntary nationwide removal of foreign materials in drains in order to avert a disaster in the not too distant future,” he added from the letter.

The Ghana Meteorological Agency (GMet) has already predicted that the 2020 major rainy season will start from March and will last till June 2020.

It said the prediction is based on observations of conditions on land and ocean as well as outputs from major world forecast centres like the International Research Institute for Climate and Society (IRI), Climate Prediction Centre (NCEP-CPC), the European Centre for Medium-Range Weather Forecast (ECMWF), UK Met Office and Meteo France.

On the back of this, the National Disaster Management Organisation (NADMO) has cautioned persons who live in flood-prone areas to take precautions as the rains set in.

The disaster management organisation is among other things asking such persons to relocate to higher grounds while observing safety procedures to avert any incidents.