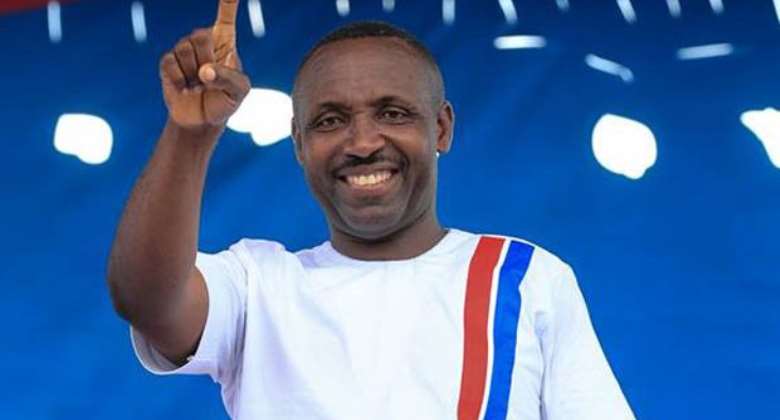 The NPP General Secretary, Mr John Boadu, is believed to have claimed that the recorded cases of coronavirus in Ghana would have skyrocketed if John Mahama were president. The Chief Scribe of the ruling government has blatantly displayed his immaturity in governance which exposes Ghana to the age kakistocracy government. Honourable John Boadu should know that grey hair is not a criterion to dynamic leadership. And he cannot march President Nana Akufo-Addo abysmal performance to H. E. John Dramani Mahama using any yardstick.

Ghana has a voting pattern which doesn’t follow coherent preferences. Voters pay little attention to politics; because they do vote irrationally and for contradictory reasons. On a larger scale, voters don't have a lot of information for reasons why they vote. They are made to substitute guesses and views from others to make themselves feel comfortable. Even those following politics are prone to bias or blinkered decision-making. They make political decisions on the basis of social identities and partisan loyalties, but not an honest examination of reality. For these reasons and others, they end up voting a grossly unfit leader. Dr Mahumudu Bawumia doctorate thesis even identified that urban dwellers, who voted massively for NPP were egotropic. President Akufo-Addo government hasn’t demonstrated any wonders to write home about, apart from lies, unending scandals and corruption, families and friends’ regime, elephant size government with 125 ministers and deputies, and suppression of press freedom.

Since the outbreak of coronavirus, Heads of States and governments across the globe have tried to be at the helms of affairs of their countries. Some are showering praises to themselves, while others instead of accepting some blame are rather on the offensive. One thing is certain; no world leader could boast of being untouchable on the face of the novel coronavirus. No leader can boast of being able to contain coronavirus without the sacrifice from citizens, health workers and stakeholders. No leader has been on the forefront risking his/her life as health workers, the security forces and disaster management workers are doing. While some statemen are busy interacting with the masses on the war front to find solutions to their plight, some are broadcasting at the comfort of their offices or transmitting with recorded videos. Not until the epidemic is completely eradicated, only weak-minded leaders can carry victory crowns.

With the outbreak of the novel coronavirus, the world leaders have been learning from one another. There is no one-size-fit-for-all, and Ghana is no exception. All the ideas, the technical health warnings, such as “tracing, testing, and treating”, “social-distancing” etc are phrases borrowed from elsewhere. During the outbreak, the international community has been so helpful to Ghana. Ghana has received enough financial support from the international financial institutions, local companies and philanthropes, whose contributions are enough to support the citizenry if even the country were lockdown for three months. Unlike when the Ebola broke out in our neighbouring West Africa, the response from the global world was totally different. Although the UN and WHO stepped in, the onus decision rested on ECOWAS. H.E. John Dramani Mahama as the then ECOWAS Chairman made the competent decision that finally helped to eradicate the epidemic that would have thrown the West Africa States to a state of pandemonium. H.E. John Dramani Mahama demonstrated wisdom, courage, and integrity that no world leader could. Even the National Academy of Sciences would not be able to give a unanimous decision if asked whether the sun would rise tomorrow.

When the virus erupted and when Ghana had her first two cases, all political activities were brought to a halt. Meanwhile, the National Identification Authority, NIA, ignored the warning and went ahead with Ghana Card registration until someone placed an injunction. The so-called better government went to court to overturn the injunction before stopping NIA. Again, the NPP government didn’t see anything wrong with the Electoral Commission going ahead with their ill-conceived disdain. Had public opinion not gone against them to condemn their nefarious activities, the virus could have spread to every village and town in Ghana.

John Boadu assertion that the number of cases and deaths in Italy was as a result of Italy repatriating its citizens from China without testing. There is no iota of truth in that and not scientifically proven. It would be recalled that in January 2020 when the virus swept through central China, European countries air uplifted their citizens. These people were quarantined at least 14 days before they were released. On 29 January 2020, the Costa Crociere cruise line carrying 6,000 passengers and 1,000 crews on the north of Italy was not allowed to dock because a 54-year-old woman had a flu-like symptom. All the passengers waited to be tested before released. Similarly, United Kingdom delayed repatriation of 200 citizens because they were supposed to be quarantined, tested before airlifted. America, the UK and Italy had the luxury of several weeks’ notice. Yet almost all the 3 leaders lacked the calibre to take unanimous decision to contain the spread of the disease. PM Boris Johnson even doubted the seriousness of the virus and visited the hospitals unprotected and paid the price for it. Iran, on the other hand, has more trades with China, and even more cases in the US, New Zealand and Canada are believed to have come from Iran. Therefore, the spread of the virus across the globe was not because countries repatriated citizens from China.

Therefore, for the NPP General Secretary, John Boadu, to claim that recorded cases of coronavirus would have skyrocketed if John Mahama were president, is too childish, narrow, and despicable. I challenge Mr John Boadu to provide us with scientific proofs. Otherwise, he should shut up and stop his pettiness. At least H.E. John Dramani Mahama would not carelessly make a European tour when it was clearly written on the wall that there is a virus outbreak. H.E. John Dramani Mahama would have closed our borders immediately. He would have immediately imposed a nationwide lockdown to make sure the virus is contained; he would not lift the ban on partial lockdown when positive cases are on the ascendancy. As an expert said, "if you move too quickly, lifting the partial lockdown, or social distancing measures wholesale, then that could lead to the virus spreading exponentially again."

Written by
Lewis Kwame Addo
A Ghanaian, Not A Spectator
Amsterdam