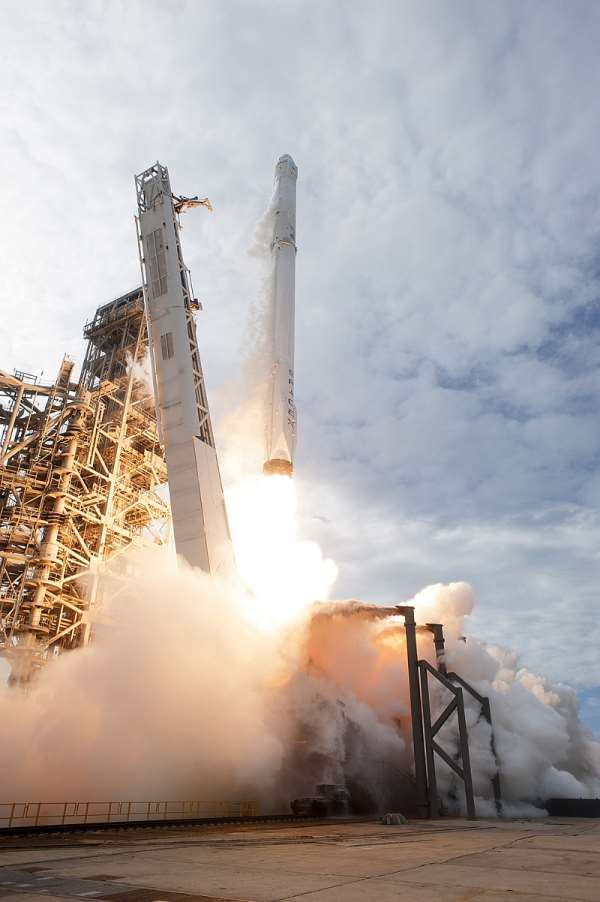 Since 1998, some thirty satellites have been launched into space by a number of African nations . Ghana joined the club in June 2017 when its first satellite was launched into orbit from the International Space Station. Students from All Nations University College, three of whom had worked on the satellite, were among the 400 people who gathered in the southern city of Koforidua to watch a live broadcast of the launch, a historic moment for the country.

Named GhanaSat-1, the Earth observation satellite was designed and built in Ghana in conjunction with the Kyushu Institute of Technology in Japan, with support from the Japan Aerospace Exploration Agency (JAXA). It was completed in two years at a cost of US$500,000.

In the nearly two years the satellite was operational, Ghanaian scientists took images of the country's 539-kilometre coastline for cartography. GhanaSat-1 was invaluable in training a new generation of scientists how to apply satellite technology in areas such as environmental monitoring to prevent activities like illegal mining and water pollution, climate monitoring for agriculture purposes, risk management, security, and intelligence.

Where Did It All Begin?

The Ghana Intelsat Satellite Earth Station in Kuntunse, near Accra, was commissioned in 1981. The Ghana Telecommunications Corporation operated it until 2008, when Ghana Vodafone took over as the major shareholder.

It was also in 2008 that Sherry Ayittey, minister of environment, science, technology, and innovation, first mooted the idea for Ghana to have a national space program. In the first phase of the plan, the Ghana Space Science and Technology Center was established on January 1, 2011, and placed under the Ghana Atomic Energy Commission's Graduate School of Nuclear and Allied Sciences in Accra.

In phase two, on May 2, 2012, the center became the Ghana Space Science and Technology Institute (GSSTI).

The network will provide scientists with the world's most advanced radio astronomy array.

Also in 2012, work began at the Satellite Earth Station in Kuntunse to convert it into a radio astronomy observatory. The Earth Station had three telecommunications antennas—32 meters, 16 meters, and 9 meters in diameter—but only the 16-meter antenna was still operational for satellite communication, so the larger antenna could be converted into a radio telescope. The GSSTI did the conversion in partnership with Vodafone and in collaboration with a team of South African scientists and engineers who had worked on the first phase of the Square Kilometre Array (SKA) in South Africa.

Ghana has signed up to the SKA Africa partnership agreement, which is spearheaded by South Africa and also involves Botswana, Kenya, Madagascar, Mauritius, Namibia, and Zambia. These countries' radio telescopes will contribute to the network that will provide scientists with the world's most advanced radio astronomy array.

In 2018, Ghana and South Africa jointly announced that “ first light ” science observations had taken place at the site in Kuntunse, signaling the successful conversion of a telecommunications antenna into a functioning radio telescope.

This is the first government-run radio astronomy facility in West Africa. It is operated by GSSTI in partnership with Vodafone, and is one of the four centers that resort under the GSSTI, namely the Satellite Communications and Development Center; the Instrumentation and Engineering Services Center; the Remote Sensing, GIS and Climate Center; and the Radio Astronomy and Astrophysics Center.

The Evolution of Satellite Technology in Ghana

Students at All Nations University College have done a pilot demonstration of GhanaSat-2, a meteorological satellite, but the country is yet to deploy its first terrestrially launched satellite.

In 2018, the Grameen Foundation announced a satellite-supported farming initiative known as SAT4Farming . It uses digital technology and satellite imagery to provide small-scale cocoa producers in Ghana with individual farm development plans (FDPs) that would help them to make the right long-term decisions to improve their productivity and the sustainability of their crops. The initiative also enables cocoa traceability . Given the current economic climate, however, the fate of the project in the near term is uncertain.

A woman holds a drone in Anyako, Ghana Photo By Seth Ebenezer Tetteh via UnSplash

Other Space Programs on the Continent

In the past decade, a number of Sub-Saharan African countries have entered the space economy to develop satellites and other technologies that can provide material benefits to their citizens. South Africa and Nigeria have the most advanced space programs on the continent, but as the technologies are getting more affordable, other countries are catching up.

Nigeria's National Space Research and Development Agency was founded in 1998, and in the next twenty years it launched five satellites.

The South African National Space Agency was established in December 2010, but the country has been involved in space research and activities since helping early international space efforts in the second half of the 20th century. In 2002, South African Mark Shuttleworth was the second space tourist to join a Russian Soyuz mission to the International Space Station, making him the first African in space. In 2013, a candidate officer in the South African Air Force, Mandla Maseko, was one of twenty-three winners of a competition to attend a US space academy. He would have been the first black African to go into space. He spent a week at the Kennedy Space Center in Florida for tests and training, but the suborbital flight planned for 2015 never happened, as the private company that manufactured the aerospace vehicle went bankrupt. Maseko died in a motorcycle accident in 2019.

The 2019 African Space Industry Report, published by Space in Africa, estimated that the African space industry was worth US$7.37 billion, and was projected to grow to more than US$10 billion in the next five years.