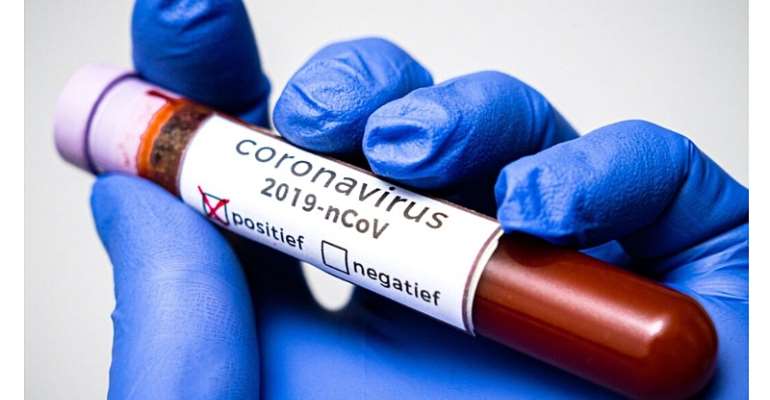 Authorities in Sub-Saharan Africa must take urgent action to protect people in detention from COVID-19, including releasing prisoners of conscience, reviewing cases of pre-trial detention, and guaranteeing access to healthcare and sanitation products in all facilities, Amnesty International said today.

“As COVID-19 spreads across Sub-Saharan Africa, the severe overcrowding seen in many prisons and detention centres risks becoming a public health catastrophe, especially given the general lack of health care and sanitation,” said Samira Daoud, Amnesty International's Director for West and Central Africa.

“In many countries across the region, a high proportion of those in detention are there just for peacefully exercising their human rights. As well as being the right thing to do, releasing prisoners of conscience immediately and unconditionally would free up space in these facilities and help to protect prisoners and staff from the virus.”

Amnesty International is also calling authorities to consider early, temporary or conditional release of older prisoners and those with underlying medical conditions, as well as women and girls who are in detention with dependent children or who are pregnant.

Across Sub-Saharan Africa, pre-trial detention remains widely used excessively and as a tool of punishment. As at June 2019, there were 28,045 people detained in prisons in Madagascar which have a total national capacity of 10, 360. More than 75 percent of the 977 boys detained were in pre-trial detention.

Children and adults accused of petty crimes in Madagascar are equally forced to stay in overcrowded and unhygienic prisons for longer than the legal term of pre-trial detention. In Senegal, before the release of detainees announced in March 2020, the country had 11,547 people held in 37 prisons with a total capacity of 4,224 detainees. Similarly, Burundi, whose prisons have a capacity of 4,194 people, had 11,464 detainees by December 2019, of which 45.5% were in pre-trial detention.

The latest data available from Makala Central Prison, in the DRC, shows that in 2016 it held 8,000 prisoners, more than five times its official capacity of 1,500. While about 700 prisoners were released countrywide in 2019, at least 120 detainees died from starvation, lack of access to clean water and proper healthcare in the same period.

“Even before the COVID-19 pandemic, prisons in DRC were deadly places. As well as exposing the appalling reality people deprived of their liberty face, the virus is exacerbating the risks that detainees face day to day,” said Deprose Muchena, Amnesty International's Director for East and Southern Africa.

Many countries in the region have a long record of arbitrarily detaining people for exercising or defending the rights to freedom of expression, peaceful assembly or association, which has contributed to overcrowding. Amnesty International has highlighted the plight of several prisoners of conscience, who are now faced with the real threat of COVID-19 in prison. These include:

The journalist Ignace Sossou in Benin was sentenced on 24 December 2019 to 18 months imprisonment for "harassment through electronic means of communication" for tweeting remarks attributed to the public prosecutor, who spoke at a conference organized by the French Media Development Agency (CFI).

In Burundi, human rights defender Germain Rukuki was arrested for his work and is currently serving a 32-year prison sentence, while four journalists working for one of the country’s few remaining independent media, Iwacu, were sentenced on 30 January 2020 to two and a half years in jail for attempting to investigate deadly clashes in the country.

Three students, Fomusoh Ivo Feh, Afuh Nivelle Nfor and Azah Levis Gob, were sentenced to 10 years in prison for “failing to report terrorism related information” after texting a joke on Boko Haram in Cameroon. Among people still detained for protesting peacefully either against the alleged irregularities during the 2018 presidential election or in favor of economic and social rights in English-speaking regions, there is notably the case of Mancho Bibixy Tse. He was arrested on 9 January 2017 and sentenced on 25 May 2018 by a military court to 15 years in prison for "terrorism", simply for having peacefully protested marginalization of English-speaking Cameroonians.

In Chad, Martin Inoua, the director of the privately-owned newspaper Salam Info, was sentenced to three years imprisonment in September 2019 for defamation, slanderous accusation and criminal conspiracy after publishing an article alleging sexual assault by a former minister.

“Amnesty International considers all these people prisoners of conscience who have been imprisoned for exercising their human rights. They must be released immediately and unconditionally,” said Deprose Muchena.

In Guinea, activists of the National Front for the Defense of the Constitution (FNDC) are arbitrarily detained for peacefully demonstrating against a constitutional reform project that could allow President Alpha Condé to run for a third term and the holding of the constitutional referendum of 22 March 2020.

Ibrahimo Abu Mbaruco, a journalist in Mozambique, was forcibly disappeared on 7 April 2020 after sending a text message to a colleague saying he was being harassed by soldiers near his house in Palma town, in Cabo Delgado Province in the North. Mozambican authorities are known for arbitrarily detaining journalists in prison, and subjecting them to torture and other ill-treatment.

“It is frightening that such a large number of people who peacefully exercised their human rights are now faced with the risk of contracting the deadly COVID-19 in prisons across Africa. They must all be released without further ado,” said Deprose Muchena.

In Somaliland, President Muse Bihi Abdi pardoned 574 prisoners on 1 April to ease overcrowding in the face of COVID-19 but failed to release freelance journalist Abdimalik Muse Oldon, who was arrested and arbitrarily detained a year ago for criticizing the president on Facebook.

In Congo, four supporters of the opposition movement “Incarner L’Espoir”, Parfait Mabiala, Franck Donald Saboukoulou Loubaki, Guil Miangué Ossebi and Meldry Rolf Dissavoulou, were accused of endangering state security and have been detained arbitrarily for several months. Political opponents and candidates for the 2016 presidential election, Jean-Marie Michel Mokoko and André Okombi Salissa, were condemned for endangering the internal security of the state in 2018 and have since been in arbitrary detention.

In Eritrea, anyone expressing a differing political view from that of the government is at risk of arrest; thousands of politicians, journalists, human rights defenders and even their family members have been detained for years with no record of their release.

While Ethiopia has released over 10,000 prisoners about to complete their sentences or serving a maximum of three-year jail-terms in the face of COVID-19, the government continues with the unjust detention of opposition politicians and journalists simply for their views or for doing their work.

In Madagascar, Arphine Helisoa, publishing director of the ‘Ny Valosoa’ newspaper, was sent to pre-trial detention in the capital city’s Antanimora prison on 4 April after being charged with spreading “fake news” and “incitement of hatred towards President Andry Rajoelina”, for criticizing the president’s handling of the national response to COVID-19.

In South Sudan, the National Security Service has arbitrarily detained hundreds, possibly thousands, of perceived government opponents, journalists and members of civil society without charge since the conflict begun in 2013. Prisoners rely on their families for food, many of whom are now unable to do so because of COVID-19 restrictions.

In Tanzania, human rights lawyer Tito Magoti and his co-accused Theodory Giyani have been in police detention since 20 December 2019, the court adjourning their trial for the ninth time on 15 April 2020. In Uganda, military police arrested writer and law student Kakwenza Rukira on 13 April 2020 over his book "Greedy Barbarians", which criticizes the country’s first family. He is yet to be charged.

"The spread of COVID-19 is a public health concern even in prisons and other detention facilities. Reducing the number of people in detention should be an integral and urgent part of state responses to COVID-19, which must begin by immediately and unconditionally releasing all those who shouldn’t be incarcerated in the first place," said Samira Daoud.