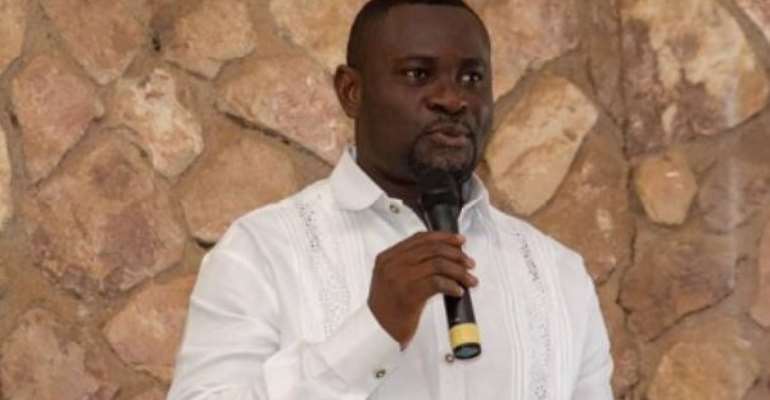 My attention has been drawn to an article, purported to have been written by the Communication Bureau of Mr. John Kumah, headlined "Sponsored smear campaign against John Kumah", which sought to link me with a criminal act.

Ordinarily, I would not respond to the spurious claims and untruths contained in there, but no, I am not going to play dead.

If the thinking of Mr Kumah and his team is that, they can frighten me, then they should have a rethink - they are making a big mistake.

I have nothing against anybody, will not dig dirt and malign people just because the political views or position they take are inconsistent with mine.

I want Mr Kumah and his team to get this straight, that I have not authored any fake document and would never ever do that.

There was this forwarded message I received on my phone, containing a list of people, said to have benefitted from NEIP financial support and surprisingly, I found my name right in there.

Naturally, it should be expected that I will ask questions, especially when I have not been given any such support from the Program, and I did just that.

Mr. Kumah and his team are quick to accuse the Member of Parliament (MP) for Ejisu, for coming into my defence but conveniently refused to tell everybody that the complainant in the alleged "fake news publication case" is neither a member of the NEIP Management nor Board and does not work with the NEIP. He belongs to his election campaign team.

The article said, I had been put before a court of competent jurisdiction. I want to find out from Mr Kumah and his team, which court was that, when did I make the appearance, who was the trial court judge and what happened.

I am inclined to believe that the trial proceedings were held in the bedroom of Mr Kumah, where he acted as the judge, prosecutor and complainant.

Telling untruths about other people you disagree with is simply wrong, ugly and not a noble thing to do by anybody.