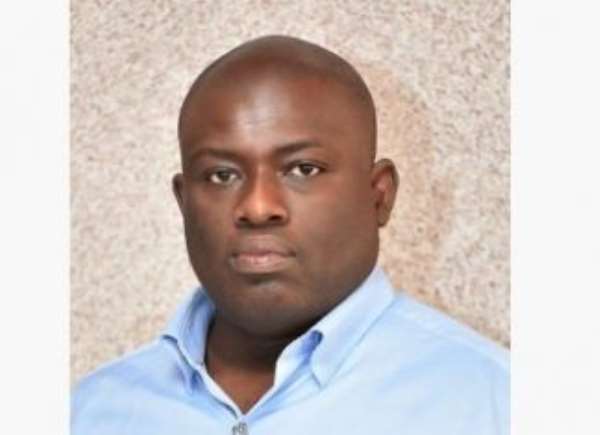 Managing Director of Tema Oil Refinery (TOR), Asante Berko, has denied allegations by US regulators that while serving as an official of Goldman Sachs, he arranged a $4.5 million for a Turkish company to bribe Ghanaian government officials.

Rather he said he only got $2million as arrangee fee.

“The Turkish IPP agreed to pay me fee of $2million (1.3% of the capital raise) as I have spent the bulk of two years working on this transaction”, he stated in a statement issued today.

According to him, while it is true that the Securities and Exchange Commission this week issued such proceedings against him, the allegations that government officials and members of parliament were bribed by him, “are completely false. I am therefore compelled to set the record straight.”

US Regulators had in a lawsuit accused Mr Berko, of arranging a $4.5 million in bribes to government officials in Ghana.

The amount, say the US regulators, was aimed at helping a Turkish company to secure a power contract in Ghana.

Mr. Berko is alleged to have arranged the amount to be paid to Ghanaian government officials.

“From approximately 2015 through at least 2016 (the “relevant period”), while employed at the Subsidiary, Berko schemed to bribe various government officials in the Republic of Ghana (“Ghana”) so that a client of the Subsidiary, a Turkish Energy Company (the “Energy Company”), would win a contract (the “Power Purchase Agreement”) to build and operate an electrical power plant in Ghana and sell the power to the Ghanaian government (the “Power Plant Project” or “Project”),” according to SEC in its lawsuit.

“To effect the corrupt scheme, Berko arranged for the Energy Company to funnel between $3 million to $4.5 million to a Ghana-based company (the “Intermediary Company”) to bribe various government officials responsible for approving the Power Plant Project.”

“The Energy Company transferred at least $2.5 million of the planned $3 million to $4.5 million to the Intermediary Company, all or most of which was used to bribe Ghanaian government officials.”

“Berko crafted, developed and carried out the bribery scheme with the knowledge, or under circumstances that made it substantially certain, that all or a portion of the money paid to the Intermediary Company would be paid as bribes to Ghanaian government officials to secure support for the Power Plant Project.”

But Mr Berko insists the allegations are not true.

He added that “I state categorically that I have not paid any bribes to government officials, members of Parliament not officials of parliament regarding the approval of this transaction.”

He admitted being an employee of Goldman Sachs up until December 2016.

He says sometime in 2014, Goldman Sachs was involved in the structuring of the transaction with the view to financing it.

He added that this was during the period of energy crisis in Ghana where the country needed to fix its power supply as a matter of urgency.

“I was part of the Goldman Sachs team that was to arrange the financing for this power transaction on behalf of the Turkish IPP.”

He added that “the chronology of the event material to the transaction are as follows: the PPA was negotiated and executed between February and April 2013; It received the approval of Parliament in July 2015; besides the funds the Turkish IPP was to raise to execute the transaction, the Government of Ghana was also to raise liquidity support for an LC of US$72 m to enable the transaction reach financial close.”