Covid-19: 10 Fishermen Quarantined In Sekondi After Landing From Cote d’Ivoire By Sea 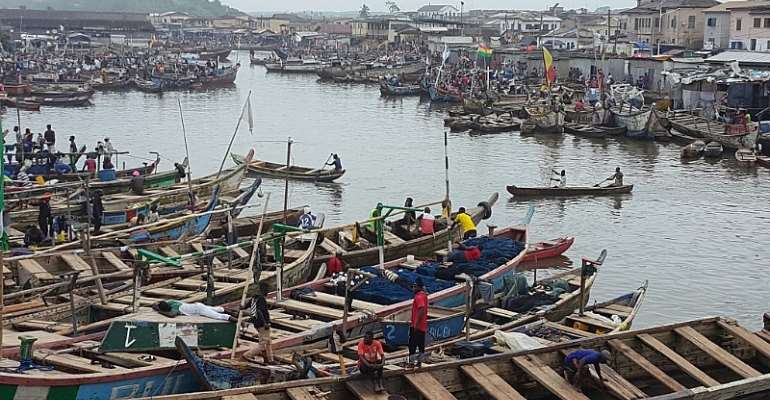 The Western Regional Command of Marine Police have directed 10 fishermen to self-quarantine after they used their boat to ferry people from Cote d’Ivoire.

The Marine police intercepted a canoe loaded with 10 fishermen, who claimed they were returning from a fishing expedition, but had no fish in their canoe.

The canoe, arrived at Nhyeresia in the Sekondi-Takoradi Metropolis in the early hours of yesterday, (Monday) with 10 people who claimed they were Ghanaian fishermen from the said community.

Fishing They told the police they were fishing in Half Assini but drifted into Cote d’Ivoire waters but did not berth there and though the police and the medical team did not doubt them but they were however told to be subjected to the COVID-19 safety protocols, which required the mandatory quarantine.

The occupants were then screened by the Metropolitan COVID-19 medical team and the chief fisherman of the community provided residential facility to enable them to begin the mandatory 14-day quarantine, subject to further testing.

An informant earlier called the Daily Graphic and explained that the 10 fishermen who arrived early yesterday (Monday) morning were all indigents of the community who claimed they went to Cote d’Ivoire to work and that they were returning home.

The informant urged fishermen to ensure that they did not use their canoes to transporting passengers from neighbouring Cote d’Ivoire into coastal communities in the region after intercepting a canoe with ten fishermen with no fish.

Motorized canoe The canoe did not have fish stocked in its belly and that even though they did not dispute their claims they have to comply with the rules.

The informant said the ten were all onboard the motorized canoe, which arrived in the community with their belongings saying, “I decided to call because they have to be tested to confirm they are well.”

When contacted, the leader of the Metropolitan COVID-19 team, Dr Kofi Southerland said “we have taken them through the process as specified in the safety protocols.”

He explained that the facility provided by the chief fisherman would hold them for the mandatory 14-days period as stipulated in the directives.

Marine Police Unit For his part, the Regional Marine Police Commander, Deputy Commissioner of Police (DCOP) Mr Seidu Iddi said the unit has taken some proactive steps to ensure the fishermen did not take undue advantage.

“As a proactive measure, our unit before and after the closure of the boarders met with leaders in the fishing communities, chief fishermen and other leaders to educate them on the importance and the dangers of using their canoe to move passengers into the country,” he said.

The interactions, he said, saw the engagement with fishermen from Beposo to New-Town in the Jomoro district covering all the seven coastal municipal, metropolitan and district assemblies saying, “We educated them and urged them to inform us of any new arrivals and that they should not admit them immediately.”

New arrivals “We told them immediately they receive those arriving, even though they are Ghanaians, we have to follow the protocols, fortunately we have medical teams in all the coastal districts. We will inform them to screen them to ensure our own safety.”

He said those who arrived at Ngeresiah the Marine Police Unit picked the signal and followed to the community with ground support from Regional SWAT until the arrival of the medical team.

The commander used the opportunity to appeal to all residents and members of the coastal communities to see the fight against COVID-19 as collaborative effort, which required support from all.

We will not hesitate to proceed on strike on Monday if deman...
34 minutes ago

Treason trial: Bomb the ministry for transmission to go off ...
50 minutes ago