Winning The Compliance Battle In The Midst Of The Invisible Enemy: Coronavirus 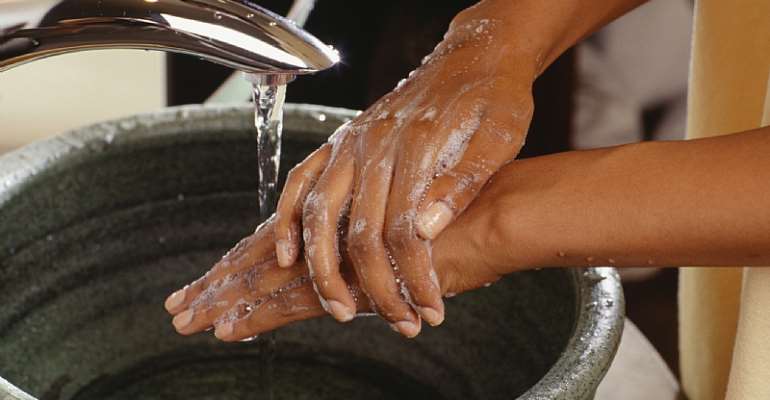 The world is currently engaged in a fierce battle with an invisible force that is deadly, fluid in attack and has seemingly launched a “co-ordinated” global attack simultaneously; an action that is beyond even the most powerful military force in the world.

As at 9th April, 2020 statistics from the World Health Organization indicate that coronavirus or Covid-19 has attacked over 1.2 million people globally with a global mortality rate of about 5.6 per cent.

The data from the Ghana Health Service also indicate that as of 9th April 2020 Ghana has recorded 297 Covid-19 cases with five (5) deaths representing a mortality rate of about 1.68 per cent.

Many countries are devising measures to counter the disease by looking for vaccines, providing ventilators for the critically ill, Personal Protection Equipment (PPE’s), especially for front-line workers. Others include preventive strategies aimed at containing and preventing the spread of the disease.

Ghana, under the leadership of H.E Nana Addo Dankwa Akufo-Addo, has so far attempted to stay ahead of the virus by instituting various measures aimed at:

On the midnight of Sunday, March 22 Ghana closed its borders to all international passenger flights and quarantined the over 1000 passengers who arrived aboard various international flights to screen them for coronavirus and also quarantine them for the maximum 14-day virus incubation period. An act that has received praise from the locals and the international visitors alike for the level of care and comfort provided to minimize the psychological impact of those quarantined.

Furtherance to that, the President instituted a two-week partial lockdown on Monday, March 30 in Greater Accra, Tema, and Greater Kumasi areas which have been identified as the flashpoints for the spread of the virus in order to contain the spread.

Over the past few days, the government has implemented various measures to tackle the social and economic impact on health workers, the vulnerable and Ghanaians in general.

As a former British Military Officer who went on several duty tours to countries like Iraq and Afghanistan for peacekeeping, security, and counter-terrorism purposes, my concern has been drawn to social media videos and reports of some alleged brutalities of civilians as the over 35,000 joint police and military personnel attempt to enforce the partial lockdown.

The fundamental question to ask is what explicit orders have been given to these officers?

I saw a disturbing video of two military officers threatening to break the spines of people who flout the lockdown orders. This should not be the mindset of the officers deployed! The whole world seems to be grappling in the dark and what’s required is a more professional mindset focused on winning hearts and not one focused on breaking bones.

Our men and women in uniform have always done a commendable job and are usually rewarded for exemplary conduct when deployed as part of an international peace keeping force.

That’s why there must be zero tolerance for any form of brutality since it will not only be dangerous to civil liberty but would discredit all the efforts of the many other professional men and women in uniform and the lockdown in general.

Let me take advantage to commend a military officer later identified on social media as Lieutenant Colonel Michael Kwame Afreh Mfum who deployed the highest level of professionalism by appealing to the hearts and minds of locals in a public transport. We believe that this should be the general mindset of all the special forces deployed for this exercise.

Therefore, briefing sessions must emphasize the hearts and mind game. Like ecery society, they might be some recalcitrant individuals, and as such there must be strict enforcement of the necessary fines and punitive to serve as an example to others and to ensure compliance. At no point should any form of brutality be meted out to citizens.

There must also be a formal complaint system which is well communicated, simple and easy for citizens who may also feel aggrieved or who may have suffered any form of brutality to launch a complaint for the necessary investigations to be conducted.

In my opinion, the key to ensuring success on the field is to have an unambiguous, well-laid steps that every officer involved in this lockdown knows and understands comprehensively.

For example, the UK police have begun a “four-point plan” to deal with individuals who breach the lockdown protocols, and these are well communicated even to the citizens.

The protocol is as follows:

The UK police have also been given new powers to empower them to enforce the lockdown in order to protect the public and keep people safe.

The lack of a widespread comprehensive national identity and addressing system means that some of these measures like fines imposed to be paid at a later date may not be effective in Ghana, we can adopt other localized measures like instant fines, community services like cleaning of gutters, weeding etc and other punitive measures, but they ought to be well implemented and strongly communicated.

However, the primary approach should be that of winning heart and minds, as exemplified by Lt. Col Mfum who prevented the use of superior or brute force and resorted to deploying an intellectual and emotive appeal to win the battle; an act of courage and exemplary leadership required to deal with the global pandemic.

According to the great war leader and strategist, “the greatest victory is that which requires no battle” - Sun Tzu, The Art of War.

About the writer
Gerald Sintim-Aboagye, MA. BA (Hons) is a former British Army Official, a Security Consultant and Director of S4L Consult, UK. He served for over a decade in the British Army and has a wealth of experience in foreign relations, peacekeeping, security, and counter-terrorism measures after serving on duty tours to Afghanistan, Iraq and many other hotspots.

His focus is to provide expert advice in tackling some of the impending threats on the African continent and in mobilizing the grassroots to curb the threat of conflicts, especially in Sub-Saharan Africa.

He can be reached via; [email protected]