The Coronavirus Is A Blessing In Disguise For Africa 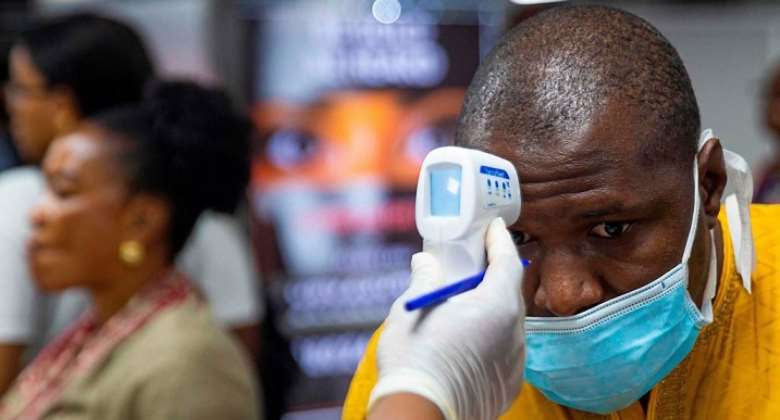 Medical measures in Africa to prevent the spread of the coronavirus

Africa is endowed with a vast number of resources that are being poorly managed by the elites that are responsible for running the affairs of the continent on behalf of the subjects. This poor management is characterized by greed and struggle for sustaining an absolute power.

Today, the whole world is crying heavily because of the emergence of the famous Coronavirus which is believed to emanate from the Republic of China and now spreading across the world.

After this declaration of the World Bank, the African countries become alarmed and disorganized, businesses start to cripple; economies start to dwindle; academia begins to crumble and our countries are being forced to take stringent emergency measures in order to contain the spread of this deadly virus which has caused havoc across the globe.

Our health facilities and practitioners emerge as the hotcake in the fight against this global epidemic even though they are hardly motivated or empowered by our leaders.

Africa being so resourceful, one would expect it to expeditiously respond to this pandemic without hinging on the West for assistance either directly or indirectly, but it is the other way around.

The president of the World Bank Group had to urge all the members of the G20 to allow our countries to concentrate their resources on the fight against the pandemic rather than servicing the loans they owed to the G20 member countries.

The sad reality is that you hardly see the positive impact of these fat loans that some of our leaders take from the members of G20 and other international organization, because of our social amenities and infrastructures are hardly improved by these loans.

Poor health facilities are being built without the needful equipment is provided to enable the facilities to be functional adequately, science and technology not efficiently empowered to cater to our poor technological know-how and the list goes on…

The most baffling thing is that they (the African elites) hardly use these poor health facilities that are being built by themselves. They mostly resort to the standard medical facilities of the Western countries whenever the need arises.

These have been the struggle for the likes of many Pan-Africanist like Paul Kagame; Patrick Lumumba Jr; Halifa Sallah; Seedia Jatta; Hassan B. Jallow (current Chief Justice of The Gambia) and the past legends… Kwame Nkrumah, Julius Nyerere, Patrice Lumumba, Jomo Kenyatta, Kenneth Kaunda, Robert Mugabe, and one of the greatest orators by the name Marcus Garvey Jr. (an Afro-Jamaican) and the list goes on...

Although a man with a conscience would never cherish the spreading of a deadly virus in his continent, the spreading of Coronavirus in Africa is ‘’a blessing in disguise’’ as it would serve as a wakeup call for our African leaders to properly utilize our resources in standardizing our poor health facilities, so that we can all make good use of these facilities rather than running to the West for medical attention and living us with the poor health facilities they have built.

At this trying moment, almost all countries have closed their borders for accessibility due to the spread of the pandemic.

Thus, we now have to make use of poor health facilities we have at our disposal including our leaders which is a big lesson for all of us to learn from.

Going forward, all our leaders should join the struggle that the aforementioned persons have started in liberating Africa from the shackle of debt servicing and manipulation, and therein concentrate our resources in building our poor infrastructures more so our health facilities so that we can all enjoy it rather than running to the West whenever the need arises.

Joseph Yamin to clear weeds in all abandoned Mahama projects...
11 minutes ago