African Women In Leadership: Africa’s Might Lies In Its Women 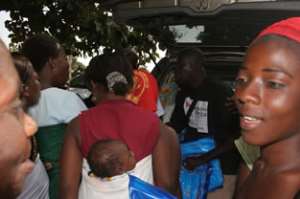 “An equal world is an enabled world.” This bold statement forms part of 2020’s International Women’s Day theme. Now more than ever, with COVID-19 running rampant, nations across the globe require an enabled world.

According to the John Hopkins University, Africa has reported more than 1,000 positive cases (45 of the 54 countries now bearing confirmed cases) and more than 40 deaths.

During a crisis such as this one, argues Shannon Henning, Director of Status Reputation Management Consultancy, Africa needs immediate measures and clear direction to keep those uninfected safe. Provide life-saving medical assistance to those have been contaminated by the coronavirus, and ensure the economy of these countries do not crumble under the duress of national shutdowns.

Henning says, while International Women’s Day may be behind us, the symbolism of the day continues to singe a message of inclusion onto our daily lives. Notwithstanding the novelty of COVID-19, Africa would be in a better space to deal with the coronavirus if more women were entrusted with roles of leadership, particularly in government and policymaking duties.

“There is always room for improvement,” says Henning. “What makes this improvement even more possible is the fact that there are already so many examples of extraordinary women across Africa making an indelible difference.”

Here are some of the women, Henning is referring to as leaders in their various fields:

• Sahle-Work Zewde, current president of Ethiopia and the first woman to hold the office in the country. Under Zewde’s administration, Ethiopia will distribute the first batch of 5.4 million face masks, more than 1 million testing kits, 40,000 items of protective clothing and 60,000 sets of face shields, to the rest of the African continent to help combat COVID-19. A donation received from China’s billionaire, Jack Ma.

• Sophia Abdi Noor, Member of National Assembly in Kenya. Noor has oversight over her constituency's budget; oversees the presidency, ministries and country’s parastatals plus its appointments. As a lawmaker and the head of the Constituency Development Fund, she has used her authority to advance the progress of marginalised groups and the betterment of girl-children.

• Clare Akamanzi, Rwandan lawyer, public administrator, businesswoman and politician. Akamanzi is also the Chief Executive Officer of the Rwanda Development Board, and also the former Head of Strategy and Policy for the President of Rwanda. Akamanzi’s current portfolio includes the mammoth task of Chairperson, Board of Directors of Aviation, Travel and Logistics holding company that owns Rwandair, Kigali Airport, and Akagera Aviation. She is also the former Chief Operating Officer of Rwanda Development Board. Akamanzi’s leadership in the various roles she’s occupied has made seen those departments grow in both functionality and efficiency.

There are also other women, who despite no longer being part of legislature, who are still finding ways of ensuring more women continue feeding into other roles of leadership.

• Ellen Johnson Sirleaf, former Liberian president and Africa’s first woman president, is launching a new initiative to help African women compete with men in leadership positions called the Amujae Initiative, which means "we are going up" in the Liberian local dialect. Sirleaf is also a Nobel Peace Prize Laureate and has been vocal about using her influence to create more inclusive spaces for women.

According to the World Economic Forum’s (WEF) research, parliamentary institutions – including parliamentary committees and women’s caucuses – play an important role in helping female politicians in Africa to shape development outcomes, with the health sector positively being impacted where women were better represented.

WEF further cites the works of political scientists, such as “quota shocks” – large increases in women’s parliamentary representation after the introduction of a gender quota – tend to be followed by rises in government spending on public health.

“Representation matters, especially in senior management, entrepreneurial spaces, social development and governance levels. Seeing more women in decision-making environments not only emboldens other women on what is possible, but it also becomes a harbinger for the younger generation. More studies continue to verify the positive ratio of having more women in roles of leadership, paving the way for normalising diversity and inclusivity,” concludes Henning.