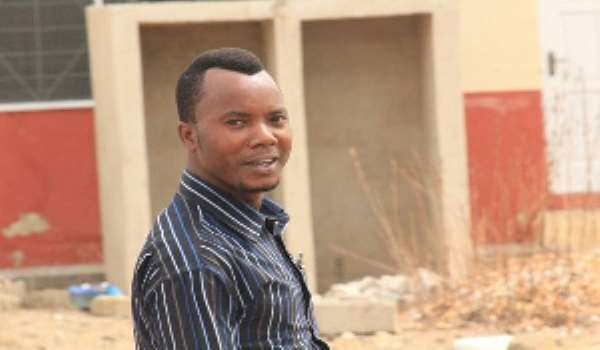 It appears our weak and limping constitution that shields only the rich and elites, bloated with maggot-infested and un-Godly dictates, will soon be overloaded with much stinking and bunkum literature solely to making anti-corruption crusaders gullible and perilous.

A verbal ‘hungry bullet’ has been hovering around upper East based undercover journalist, Edward Adeti for far too long.

Sadly, we just celebrated the first year anniversary of the inhuman murder of Ahmed Husain Swale, of the Tiger Eye PI. His murder came with very visible warning signs. An elected dishonorable Member of Parliament flooded the internet with his pictures.

Our political remote controlled security stood aloof until he was killed. More sadly, the security seems to overdose with some powerful muscle reluctant. They are fast asleep while the murderers and their paymasters rejoice un-apprehended.

There is a loud outcry by well-wishers of Edward Adeti, including this outlet demanding total security protection of the gentleman after his bravery journalistic work on some corrupt practices in the poor, hungry and less developed, Upper East Region. However, it appears our security baboons find joy in sitting unconcern waiting for disasters to occur. The outcry appears unnoticed by security agencies.

Our security operatives are led by armchair commanders, known for only hiding criminals and manhandling the poor and venerable. It appears there is ‘zombie’ in the operational system of our security apparatus.

Media reports suggest that Edward Adeti, is penciled in the books of some hooligans to be harmed. Has the Upper East Regional police command purchased black attire awaiting the assassination of the young and brilliant journalist? Their visibly unchallenged poor handling of the issue is very worrying.

Sadly, the last security man standing, whose face alone scare untouchable criminals in the trouble-ridden Bolgatanga municipality, has been transferred in a tattered manner. The man was hatred by his bribe-loving, sleeping superiors, including State Attorneys as well as some judges. The true length of the frog is only noticed after its death.

We are thus calling on the state to take serious and urgent security measures to fully protect Edward Adeti. It is only corrupt officials who undermine the work of undercover journalists. Undercover Investigations are life-threatening, but so long as the state has failed us in the fight against corruption, it must protect individuals and groups that are in the fight.

Hypocrite Ghanaian media must rise up. If you are mute because it is Adeti, your share might just be hanging around your neck. Media threat in any corner is indeed a global threat.

We humbly appeal to the president as the commander-in-chief of the Ghana Armed Forces to do us a favour by instructing who so ever is responsible, to extend security protection to Edward Adeti. This is not too much to ask for.

You disappointed Assin North MP, you abandoned him in court ...
39 minutes ago