The Seven Variants Of Coronavirus That Can Affect Humans 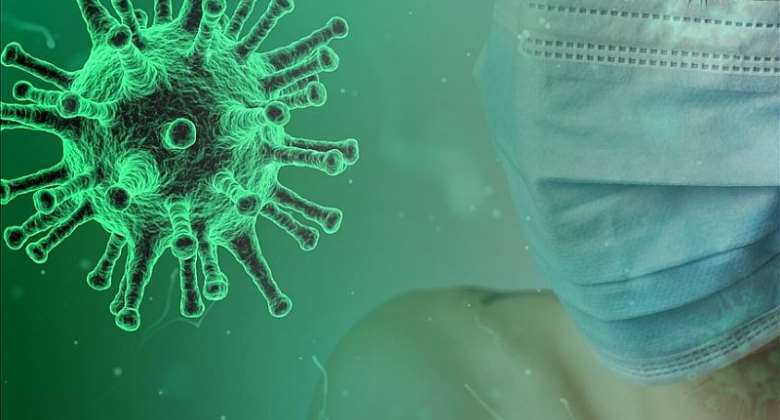 The coronavirus COVID-19 outbreak, which begins in China, is giving rise to many questions, including its potential impact on the world.

A wide range of relevant organizations are working together to prevent infections occurring, as well as to limit the impact of the new virus and its source of contamination.

In the meanwhile, the coronavirus outbreak in China has become a pandemic with dramatic consequences. The world will face a recession as never has been seen before.

Worldwide life will come to a standstill as factories and especially universities and schools are closed but not in the Netherlands.

On March 12th, 2020, the Dutch government dramatically decided to leave open basic schools for economic reasons. Parents are not able to go to work anymore because they are indispensable in Dutch society but they mostly depend on the grandparents.

The coronavirus outbreak also keeps children busy and educators, often grandpas and grandmas have noticed that children are afraid because it's in the news that children often infect their grandparents.

Because children are less at risk, that is to say when children become infected with the coronavirus, they often have only very mild and sometimes none or fewer symptoms, but children do have questions.

Often not for themselves but for their grandparents, after all, according to experts and the media, the virus mainly affects the elderly who can also be infected by grandchildren because children are carriers of the virus.

In Chinese markets, many different animal species are brought together alive. The conditions in these markets make it easier for viruses to jump from one animal species to another and also from animals to humans.

The fact that in Hong Kong, a dog was found to have the coronavirus is a dangerous development. It is known that many flu viruses originate from mixed duck, chicken, pig and cattle farms, where viruses can mutate easily but in dogs, it is never mentioned before.

The importance of coronaviruses as a pathogen in humans is difficult to evaluate because they are difficult to cultivate in a laboratory.

Coronaviruses in addition to rhinoviruses, cause a large percentage of common cold cases in adults, especially in winter and early spring. Of more than 30 strains of the coronavirus isolated in the laboratory, there are seven variants that can infect humans namely:

In 2003 an epidemic of this virus arose in Asia in which approximately killed about 800 people.

The SARS-CoV, also known as the SARS virus, is a virus belonging to the subfamily of coronavirinae. The virus causes SARS disease and had never been detected in humans before the 2003 SARS outbreak.

The infectious disease was first spotted in Hanoi, Vietnam, by Carlo Urbani, an Italian physician, who died of the condition not long after. The final identification of the SARS virus was published on April 16, 2003, by the World Health Organization-WHO.

The name SARS virus was determined by WHO and the laboratories participating in the study. The related MERS virus was first described on September 24, 2012.

The SARS-related coronavirus WIV1 (SL-CoV-WIV1), is a coronavirus (CoV) identified in 2012, in Yunnan, China. The virus was found in a study of bats of the species Rhinolophus sinicus (Chinese horseshoe bat). The virus belongs to the genus betacoronavirus and WIV1 is a positive single-stranded RNA virus.

The researchers found several strains similar to the SARS virus, two of which have a genome that is 95% similar to the virus that triggered SARS disease in humans.

This similarity was greater than in previously discovered SARS virus-like strains, especially in the proteins that bind to substances found in human cells (receptors). These strains were designated RsSHC014 and Rs3367.

After research with DNA sequencing, the researchers were able to isolate a type of virus in the loose state (as virion), which they called SL-CoV-WIV1 and which corresponded to the previously found Rs3367. The virus was found to be able to use the same human receptor, ACE 2, to enter cells as the SARS virus.

The discovery of this virus confirms that bats are the natural reservoir of the SARS virus. Phylogenetic analyzes show the possibility of direct transmission of the SARS virus from bats to humans without an intermediate vector, such as the Chinese civets, as previously believed.

At the end of 2019, an outbreak of a hitherto unknown variant of the coronavirus occurred in the Chinese metropolis of Wuhan. It was given the temporary name 2019-nCoV.

The infection has been linked to a fish market in Wuhan, where live animals, such as otters, ducks, dogs, badgers, and snakes, were also illegally traded. The market was then closed.

Infection with the virus causes flu-like symptoms and leads to pneumonia in some patients. The World Health Organization (WHO) considered the outbreak to be a worldwide medical emergency, and somewhat later a pandemic, due to its rapid spread and severity as of March 2020.

SARS-CoV-2, previously known as 2019-nCoV or Wuhan virus, is a virus strain of the genus beta coronaviruses from the subfamily of coronaviruses that causes the infectious respiratory disease COVID-19 in humans.

The virus was first detected in Wuhan, the capital of China's Hubei province. It was identified as one of many coronaviruses.

In the outbreak in China in 2019 and 2020, the first patients were mainly visitors and employees of the Huanan fish market in Wuhan because of this, it was soon assumed that the virus has a zoonotic origin.

This MERS virus variant occurs in camels and can be transmitted to humans. In an epidemic in mid-May 2014, MERS had spread from Europe to New Zealand, with two cases in the Netherlands. In 2015, the virus also appeared in South Korea.

The Middle East respiratory syndrome-related coronavirus MERS-CoV is a species from the genus Betacoronavirus and is a coronavirus similar to the SARS virus that appeared in Asia in 2003.