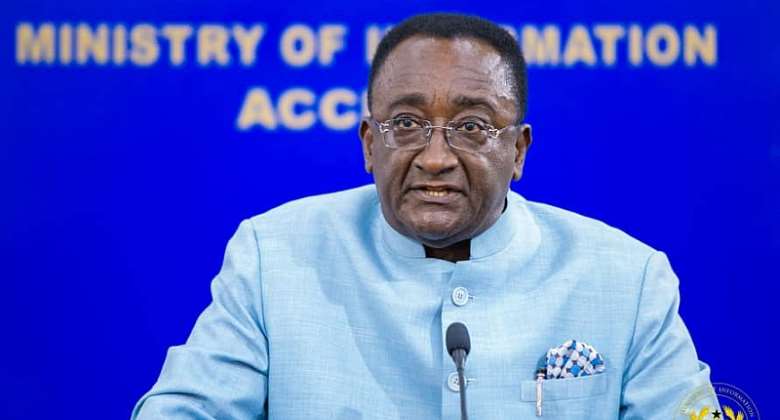 The Minister for Food and Agriculture, Dr. Owusu Afriyie Akoto has revealed that his government has successfully created 2,286,892 jobs for farmers under the Planting for Food and Jobs programme.

He said the move by the Akufo-Addo government has improved the living conditions of the many farmers in the country.

Addressing the media in Accra, the Minister said “The Planting for Food and Jobs by the Akufo-Addo Administration has created 2,286,892 Jobs for farmers in their farming communities. Commentators in Accra should visit the farming communities and witness great impacts.”

Dr. Afriyie Akoto hinted that although there was a decline in the number of farmers in 2019 as compared to 2018, it still recorded 746,948 for the previous year.

He mentioned that Ghana placed third in Sub-Saharan after Botswana and South Africa citings findings by the economic intelligence unit.

“I pray that Ghana becomes self-Sufficient in rice by 2022. Government will import smaller solar powered rice mills for rice farmers in Ghana to achieve this target,” he stated.

Dr. Akoto emphasized that 1.2 million out of 3 million gaming families are currently benefiting from the PFJ policy.

He stressed that it is about One-third of farming families in the country adding that the Ministry has a target of reaching 1.4 million farmers by end of 2020.

He explained that the Ashanti Region leads the chart in the percentage participation programmes with 159,032.

He was confident that 2020 will be better than the past three years of Government’s achievement under the Planting for Food and Job Module.