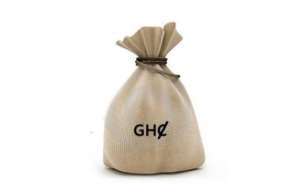 The District Chief Executive (DCE) of the South Tongu assembly in the Volta Region, Emmanuel Luis Agama has put a GHS10,000 bounty on the heads of perpetrators involved in the murder of an Assemblyman for the Sogakope South Electoral Area, Marcus Mawutor Adzahli.

Marcus was found dead after sporadic gunshots were heard at his residence on Sunday, March 1, 2020.

The residents subsequently protested over the issue and blocked roads to express their frustration.

In an interview with Bernard Avle on the Citi Breakfast Show, Emmanuel Luis Agama urged the public to offer information which will lead to the arrest of the perpetrators.

“We had an emergency DISEC meeting to address the issue on how we could resource the police to facilitate investigations into this murder. We have taken a measure to put a bounty on the heads of the persecutors. Anybody willing to give information on their arrest, we are willing to give them GHS10,000 as the first step in searching for information,” he said.

Marcus reportedly struggled with eight robbers who were armed with guns and clubs.

He was subsequently stabbed and shot multiple times , according to reports.

No arrest has so far been made.

The remains of the deceased, also known as Mac-Greenline, has been deposited at the South Tongu district hospital morgue in Sogakope, pending autopsy.

A resident of the area, Maxwell Lukutor, said this was the latest in series of violent crimes reported in the area.

“The issue is that our security is compromised. We have had several attacks from armed robbers and we see a lot of inaction from the police,” he said.

The Sogakope District Police Commander, DSP Michael Zah, said his outfit was on top of issues in the area.

“Security is not as porous as they [the protesters] are saying. It is a challenging issue which we need to sit with the youth and sort out.”

Meanwhile, calm has returned to Sogakope in the Volta Region following the gruesome murder.