IMANI: Why Gov’t Must Reconsider Its Decision On The Controversial UNI-PASS Customs And Ports Technology 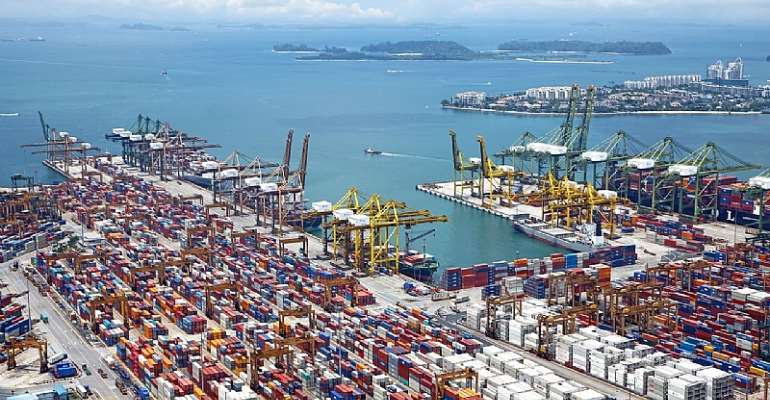 To the Honorable Ministers of Trade and Industry & Finance:

IMANI: Why Government must reconsider its decision on the controversial UNI-PASS customs and ports technology

As you may be aware, IMANI has been an ardent advocate for free enterprise solutions to the continent’s economic woes. We have conducted several economic audits on Ghana, reviewed Ghana’s performance on global indexes and published recommendations on how the country can improve its competitiveness, especially on the World Bank’s Ease of Doing Business Index.

Over the last three years in particular, we have been studying Ghana’s port systems and engaging relevant players, bilaterally and in forums. The business reform agenda of the current government, and its direct impact on our ports has been noteworthy. The enhanced paperless system at the ports has not only resulted in overall increased revenues for the state [nominal growth of 15% between 2018 and 2019, from Ghana Revenue Authority (GRA) records, even after reducing benchmark values by 35% for imported vehicles and 50% for general goods], it has projected Ghana as a major facilitator of trade in the sub region. It is fitting that we are hosting the secretariat for Africa’s free trade project, the AfCFTA.

Sustaining this impressive record, however, requires policy predictability and coherence in the dispensation of regulatory mandates of the Ministries of Trade & Industry and Finance & Economic Planning. This expectation remains doubtful as the two ministries are bent on replacing the more reliable existing customs and ports technologies with a more expensive and untested one, called UNI-PASS. The latter’s impact on the trading community and revenue generation for government have been unanimously bemoaned by many users of the ports.

In March 2018, Ghana Link network Services Limited, in collaboration with Customs UNI-PASS International Agency (CUPIA) of Korea Customs Services, were contracted by the Ministry of Trade and Industry to introduce UNI-PASS to the ports system for a period ten years and at a cost of US$40m.

In December 2018, IMANI appealed to the Economic Management Team (EMT) to examine the implications for adopting UNI-PASS on the turnaround times for cargoes and the costs to users and the government. After listening to all major ports stakeholders who had concerns, the EMT suspended the implementation of UNI-PASS until August 2019 due to the inability of the promoters to demonstrate superior value and integrity of their technology.

In spite of media reports that Cabinet had approved the UNI-PASS deal just a month after the EMT's directive for an eight-month suspension, there has been no change in the factors that suspended UNI-PASS. However, its promoters and assigns are reported to be erecting valuation equipment at some of our borders alongside those of more reliable GCNet (remember government owns 35% of GCNet). It appears government would not be worried paying judgment debts to GCNet and West Blue for simply cancelling their more reliable, tested, and efficient less expensive systems. In fact, UNI-PASS has been sued by West Blue for intellectual property breaches- essentially copying their software illegally.

2. The GCNet contract ends in 2023 while the West Blue contract expires in 2020. This means that there are still three and one more years, respectively, for them to operate the single window system. GCNet is one of Ghana’s top four joint venture companies whose operations contributes significant tax revenue to the state.

4. Termination of the UNI-PASS contract by the government either voluntarily or through material breaches occasioned by it, attracts graduated fees of between US$93 million in the first year to US$12m in the tenth year. Given that the UNIPASS/Ghana Link Network Services single window contract was awarded for US$40 million for ten years, aren’t these termination clauses draconian?

6. The Customs (Amendment) Act, 2016 (Act 923) amending the Principal Act clearly points the direction of where the National Single Window is ESTABLISHED, effectively curing all elements of doubt that might have lingered on in the past as to ownership of the project. The processes leading to this outcome were recommended and executed by the Ministry of Trade’s own Technical Committee as part of the GNSW feasibility study. With this knowledge, why is the Trade Ministry signing agreements on this subject when a sub-section of the quoted Act clearly states the Ghana Revenue Authority (GRA) as the one to manage the National Single Window System?

7. In the knowledge of the Trade Facilitation Agreement that Ghana just ratified, specifically to the Article on the Disciplines on Fees and Charges, Ghana has given notification as to the number of years needed to regularize our fees and charges regime to reflect that of the WTO-TFA, why would a leading Ministry in this discussion sign a 10 year contract whose fee structure (advalorem) contravenes the stipulations of The Agreement?

8. West Blue was introduced to the National Single Window Project in 2015, in a system where GCNet had already been present since 2002. At its introduction, there was friction between the two ICT solution providers, due to a lack of ownership and clearly defined structure. Over time, the two platforms have realigned and issues of integration, mutual ICT protocols and others, have mostly been resolved.

9. Given that these two systems took two years to integrate and work cohesively, it is a wonder how long the transition period would be for UNI-PASS, whose credentials in the space are still unknown to integrate the existing system, if at all necessary.

10. Although the government is credited with success in Ghana’s trade facilitation processes, especially with the recent efforts of the H.E. Dr. Bawumia, it is however not clear who directs, implements, reviews and owns crucial policies such as UNI-PASS.

UNI-PASS has not passed. By the nature of its antecedents, its potential to severely disrupt trade and revenue flows is certain. Our advice to government will be to shelve UNI-PASS until its promoters have demonstrated value far and above existing systems.

We grateful for your attention to this matter.